Another serving of outstanding Mitre 10 Cup tries in New Zealand 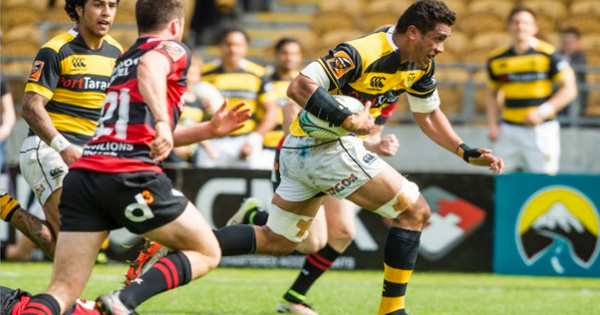 The Mitre 10 Cup has been brilliant thus far. Week in and week out the comp has consistently produced great tries. Week seven was no exception, so here is a look at the best from the most recent round of action in New Zealand’s premier domestic competition.

Waikato got things started with a brilliant chip and chase for Jordan Trainor, who offloaded perfectly to his captain Whetu Douglas for a score in the corner. Not to be outdone, Canterbury answered right back with a nice counter-attacking try from just beyond half-way. Canterbury came out on top in the midweek game, 29-23.

Some quick hands and several brilliant offloads produced a couple of tries for Wellington as they thumped Southland 60-21, while North Harbor and Bay of Plenty went back and forth in a short amount of time, each with a hard-earned try.

Lolagi Visinia crossed for Auckland, as did Rieko Ioane who – amazingly – got his second consecutive hat-trick as Auckland beat Otago 54-17.

Canterbury played again on Sunday and Jack Stratton found the line from the back of the scrum against Taranaki, before their Number 8 Iopu Iopu-Aso got free and charged through the defence. It wasn’t enough as Canterbury took the match 39-34.

So there were several top tries to choose from. Which is the best, and your favorite?