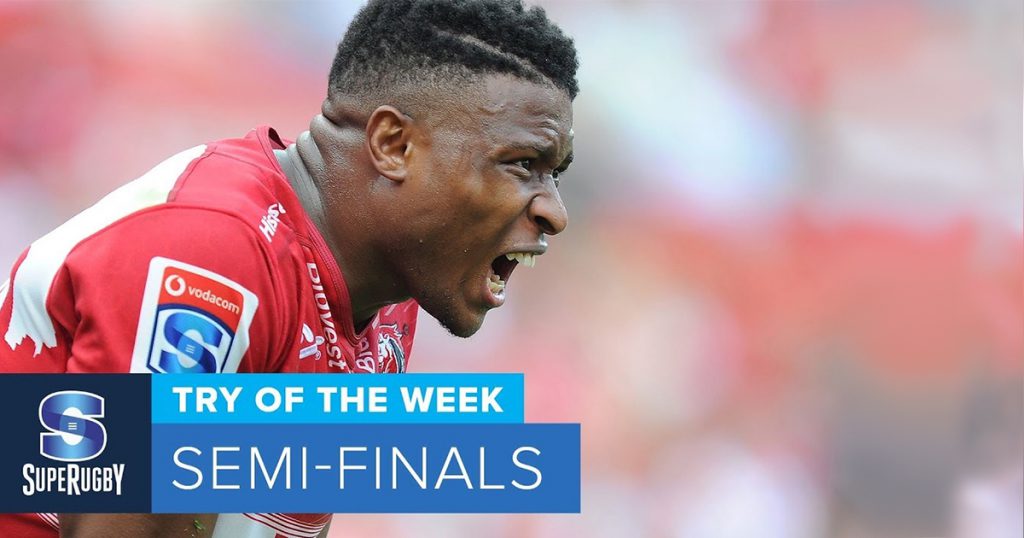 Young Lions speedster Aphiwe Dyanti scored one of the best tries of the season in Saturday’s Super Rugby semi-final against the Waratahs in Johannesburg. His sensational individual effort, from his own 22, helped his team to a 44-26 win and a place in their third consecutive final.

His try was named the Try of the Weekend, and will go down as one of the best of the season.

The Lions were sweating on him recovering from a hamstring issue that forced him off the field ahead of halftime. But coach Swys de Bruin today confirmed that he will travel with the team to New Zealand.

The in-form Dyanty will be a crucial factor when the Lions hope to upset the Crusaders in this coming weekend’s Super Rugby final. The final take’s place on Saturday 4 August at AMI Stadium in Christchurch. Kick off is at 19:35 local/09:35am CAT