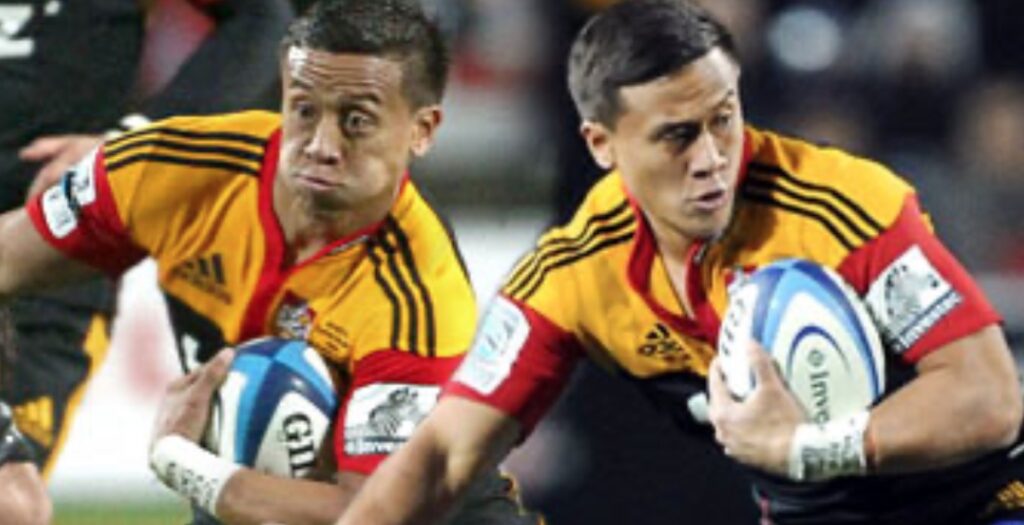 During this period of self isolation we’re trolling through the archives to reminisce over some of the most exciting, impressive, controversial and entertaining moments from years gone by.

This time we’re going back to 2013 when Samoan utility back Tim Nanai-Williams was at his very best.

During his time with the Chiefs, Nanai-Williams was one of the most exciting players in world rugby and these two spectacular tries against the Highlanders in an exhilarating match highlight his ability.

Nanai-Williams, cousin of Sonny Bill Williams, ran around Ma’a Nonu in midfield and produced an outrageous goose-step to beat Ben Smith and score his first try of the game in the corner.

The second try was totally different and was possibly the best three minutes of rugby you’re likely to see. It came from a restart after a Highlanders try, and in terms of entertainment value, it certainly was right up there.

The long period of non-stop play included a few turnovers, incredibly quick ball from the breakdown and some great offloading before an error allowed Nanai-Williams to pounce down the left wing.

In total he racked up 150 running metres throughout the game and both tries are available below:

The game finished 41-27 in Dunedin and the Chiefs went on to win their second Super Rugby title in two years. Nanai-Williams, now 30, plays for Clermont in the French Top 14.