ARCHIVE: Re-live THAT Lions try against New Zealand in 2017 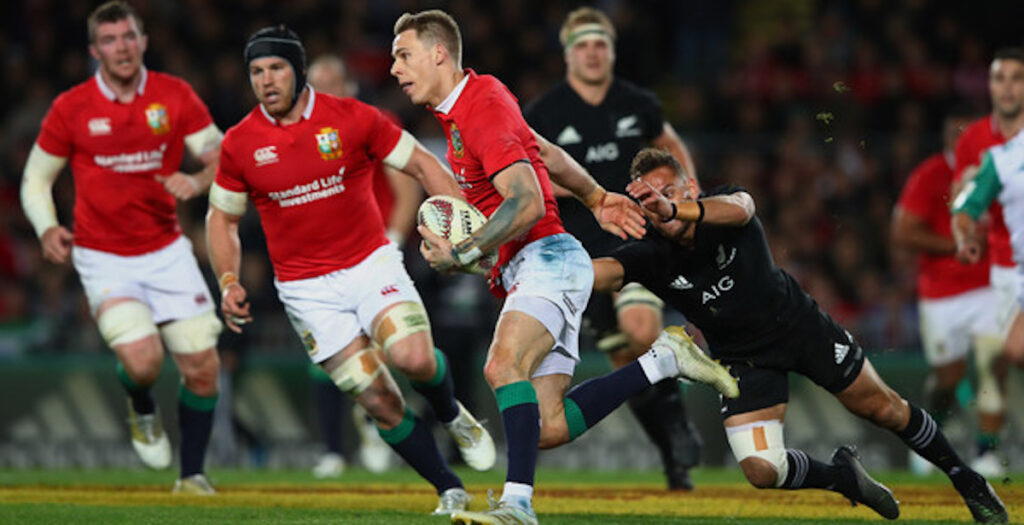 In 2017 we witnessed one of the most remarkable British & Irish Lions test series’ to date in New Zealand.

Although the series ended a draw in dramatic fashion, it was the All Blacks who took the lead with a 30-15 win in the first test at Eden Park.

The game witnessed some outstanding moments such as Codie Taylor’s pickup to score in the corner for New Zealand and Kieran Read’s offload from the back of a scrum to set up Rieko Ioane.

But the moment of the match was the Lions’ counter attack try in the first half which began with full back Liam Williams stepping Read on his own five metre line.

The Welshman then made a 50-metre break down field before finding centre Jonathan Davies with an offload.

Davies shuffled it onto winger Elliot Daly who used his footwork to beat Anton Lienert-Brown and find Davies back on the inside.

Davies then drew in Beauden Barrett and found Ireland’s Sean O’Brien on his inside to score one of the greatest tries in the history of the British & Irish Lions.

Highlights of the game including O’Brien’s try are available below: