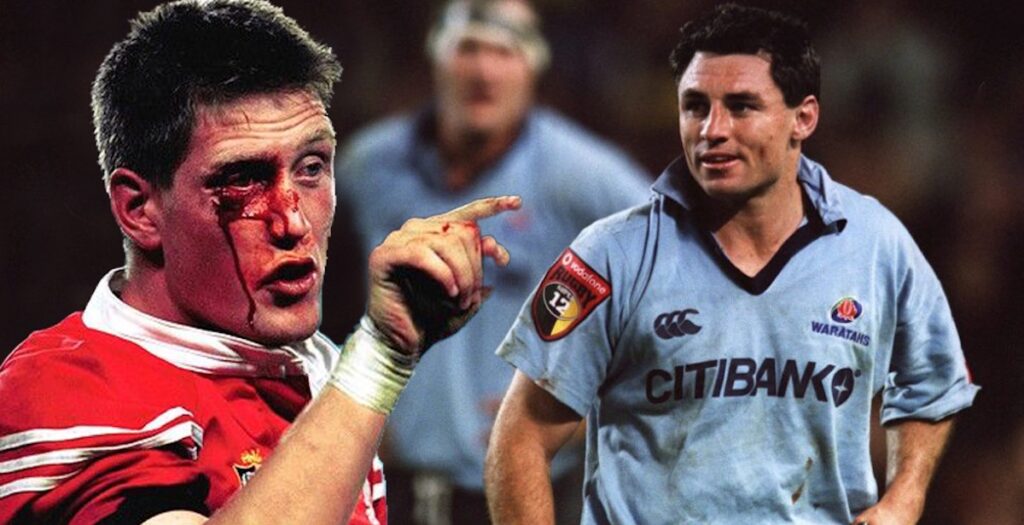 It’s been almost 20 years since the British & Irish Lions fielded a near Test-strength side against the NSW Waratahs on 23 June 2001.

The Lions were seven days out from their opening Test match against the Wallabies in Brisbane when they played the Tahs in one of the most brutal games of the professional era.

Five yellow cards were brandished throughout the 80 minutes, but Duncan McRae’s assault on Ronan O’Gara is what the game is remembered for nearly two decades on.

In what looked like an unprovoked attack, the Australian landed 11 punches to O’Gara as the Irishman lay defenceless on the ground.

O’Gara left the pitch requiring eight stitches under his eye while McRae was given a red card and a seven-week ban from rugby.

Twelve years later, when the Lions revisited Australia in 2013, McRae reflected on the incident: “We wanted to make a statement in the build-up to the Test series. We were fired-up for a big game, in front of a big crowd on a big night for us, but the whole thing spilled over and caught up with a few of us.

“We wanted to put a stamp down and bash them up a bit before the Tests, but history doesn’t look on us kindly, because they responded with a fantastic performance in Brisbane a week later. Maybe in hindsight we should have gone in with a softer mentality. We just added fuel to the fire.’

“Me and Ronan crossed paths a few times in the build-up to that moment. We got involved, but I ended up taking it to the wrong level. He’s a fiery bloke and I’m a fiery bloke, so no-one’s going to back down. None of the Lions backed down that night.

“He and I know what happened in there. He did something, I saw red, he was below me and the rest is history. That’s what I’m known for now and I have to live with that. In hindsight, I wish it hadn’t got to that point but I can’t change it now – what’s done is done.” 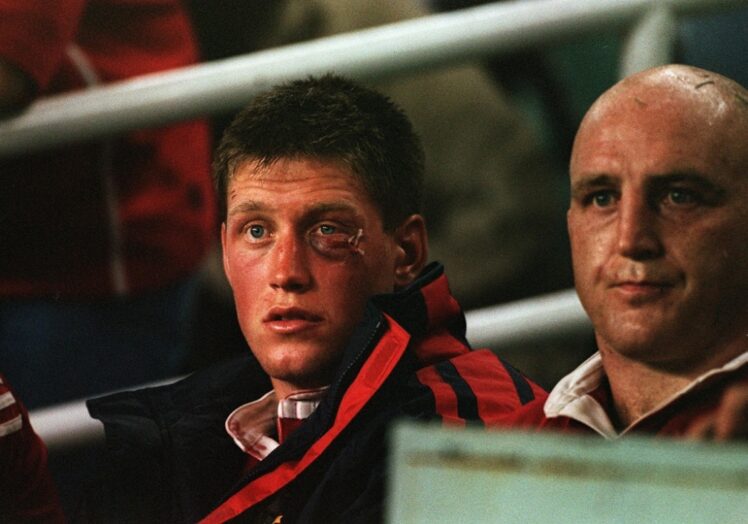 However in O’Gara’s autobiography, published in 2008, he recalled a slightly different interpretation of events: “What we discovered at the Sydney Football Stadium was that the Waratahs had taken it upon themselves to sort us out.

“They made their intentions clear right away. Straight from the kick-off, Danny Grewcock was flattened with an elbow to the jaw and Tom Bowman was immediately sin-binned. There were four seconds on the clock.

“53 minutes later they did me…Two of their guys brought (Kieth) Woody down. One of them was Duncan McRae. As the ruck was forming I followed up and shoved him. Next thing I knew I was on the ground and McRae was pucking the head off me.

“After the first dig I thought it was going to stop any second but they kept coming. Nine. 10. 11. A frenzy of digs. One after another after another. I just lay there and took it. It was the weirdest feeling. Lying there I felt totally lost. Like I was in a daze. Even though he was on top of me, I wasn’t pinned down. I tried to protect my face with my right arm and after a couple of seconds I grabbed the back of his jersey with my left. Useless. Pointless. Why? Why didn’t I try to push him off? Hit him. Something. Why did I just take it?”

After the game, Lions head coach Graham Henry said it was, “a bad day for rugby. I thought the game had been cleaned up. This was a shambles. Rugby needs strong discipline from both sets of players. I was proud of the way our players kept theirs.”