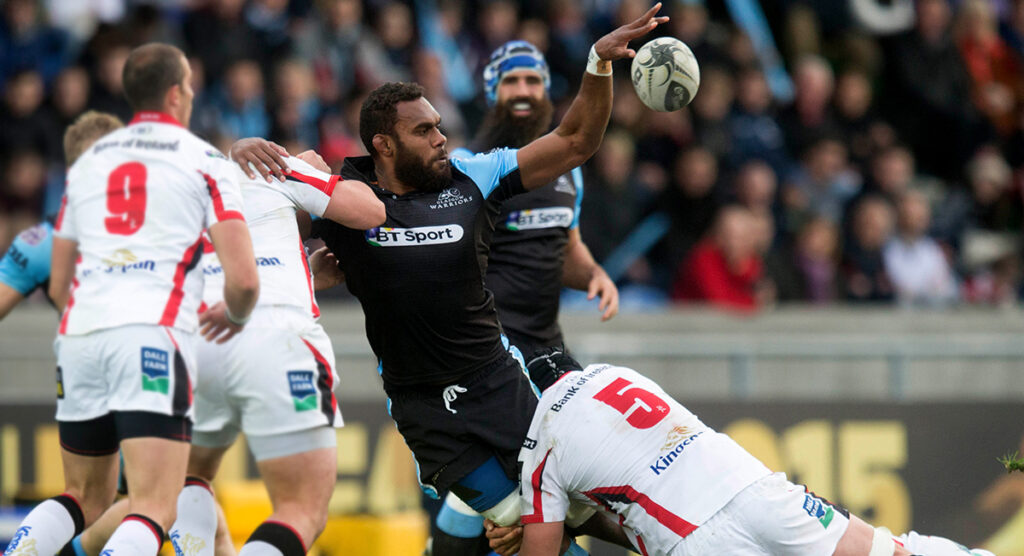 Leone Nakarawa’s penchant for offloading is well known and the reason why he is such a unique and menacing opponent.

The Fijian has managed to pop the ball out of some of the darkest alleys to be found on a rugby field so prodigiously that it has actually become commonplace, so it is no surprise if he tops the offloading charts in every game and season he plays.

However, Opta recently revealed that the lock holds the record for the most offloads in the Guinness Pro14, with 187, since making his debut for Glasgow Warriors in 2013, which is a staggering 79 more than the next best player.

That is made all the more remarkable by the fact that he played in France for Racing 92 for three of those years before returning to Scotstoun in January this year.

187 – @GlasgowWarriors‘ Leone Nakarawa has made 187 offloads in the @PRO14Official since making his debut in November 2013, 79 more than any other player (Cornell du Preez – 108), despite spending three seasons in the TOP 14. Absurd. pic.twitter.com/U6MDlIFZn3

A stat like this not only highlights why the 32-year-old was named the European Professional Rugby Player of the Year in 2018 while in France, but why he is arguably the most talented offloader in the game currently.

This comes after the 2016 Olympic gold winning Sevens star signed a new contract with Glasgow today, keeping him in Scotland for another year.

WATCH: From Nakarawa to SBW: some of the best EVER offloads

Having left the Warriors in 2016 for Paris, Nakarawa rejoined earlier this year after a fallout with Racing 92 due to his no show after the Rugby World Cup. As his contract was only to run to the end of the season, it was feared that he would be on his way out again, as there would have surely been a string of suitors after him.

But the second row’s new deal will keep him with the Warriors until 2021, which will help with life after Dave Rennie, as well as his scrum partner Jonny Gray, who is set to join Exeter Chiefs.