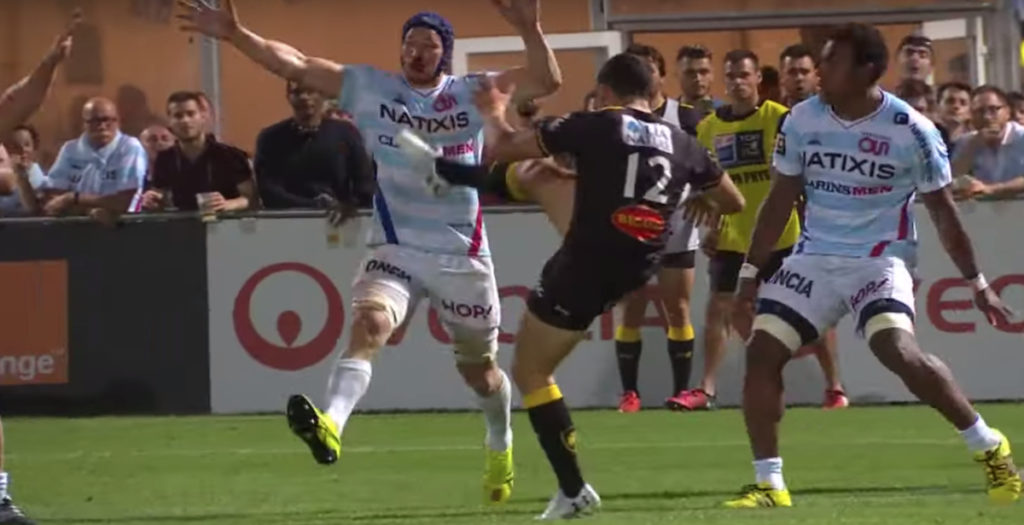 La Rochelle scored one of the French Top 14 tries of the season to help them knock Racing 92 out of the quarter-final play offs at Stade Yves Du Manoir on Friday night.

Scored by Arthur Retiere, the move began on the half way line and travelled through the hands of the La Rochelle backline to Vincent Rattez on the right wing.

Rattez made a half break on the outside of the Racing defence and gave a timely one-handed offload to French international Geoffrey Doumayrou.

After a couple more offloads the ball was then recycled and fed back to Doumayrou at first receiver where the centre produced an awkward-looking, but perfectly weighted cross field kick straight into the arms of Retiere on the left wing who ran in under the posts to score the first try of the game.

This score gave La Rochelle a 16-point lead after 53 minutes and despite a late try by Racing second row Leone Nakarawa, the former champions were unable to swing the deficit and lost the game 13-19.

La Rochelle will now play Toulouse in the semi-finals on 8 June.