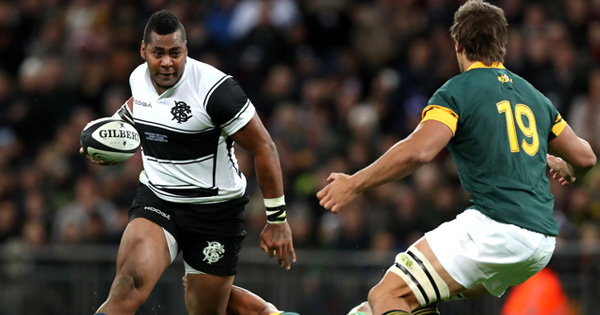 South Africa scored late then missed the conversion kick so ended up with a 31-31 draw against a Super Rugby talent packed Barbarians team at Wembley. The Springboks fielded six uncapped players and showed some positives, but struggled to contain big winger Taqele Naiyaravoro.

The Barbarians, with four South Africans in their starting line-up and a host of players from New Zealand and Australian Super Rugby teams, were almost always ahead on the scoreboard, creating trademark running moves that the Springboks’ defence struggled to deal with.

The experimental Bok team came back late in the game, but couldn’t quite snatch the win.

Both teams scored five tries in a match that served as a warm-up for South Africa ahead of their clash with England, while the Barbarians will still play the Czech Republic and Fiji.