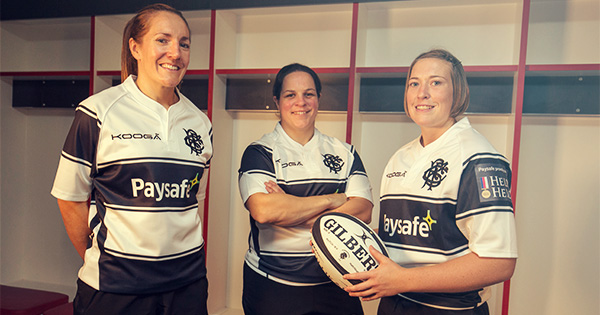 The Barbarians today announced the launch of their women’s team that will take the field for the first time this season. The famous invitation club founded in 1890 becomes twice as exciting when the women’s side makes its debut against Munster next month.

England World Cup winner Giselle Mather will coach the team in the first of a number of matches planned for the 2017-18 season. Managed by Fiona Stockley, the Barbarians will play against club, provincial and international sides with a full schedule to be confirmed later this year.

They will start against Munster and Thomond Park on Friday, November 10.

“We’re delighted to open a new chapter in the Barbarian FC’s history with the creation of our women’s team this season,” said Barbarians Chairman John Spencer.

“Its formation is something we’ve been working towards for a number of years and it is a reflection of the excellence of the global women’s game which was showcased so brilliantly at this year’s Women’s Rugby World Cup in Ireland.

The Barbarians will field players from seven different nations in their opening women’s game.

The launch of the Barbarians women’s team is supported by World Rugby and the Women’s Sport Trust, the UK charity using the power of sport to accelerate gender equality.

Women’s Sport Trust Joint CEO Jo Bostock said:  “Women’s rugby has made great strides in 2017 in terms of high-quality competition, investment and infrastructure, and we support the launch of the Barbarians women’s team. It is a further indication of the progress of women’s sport as a whole.”