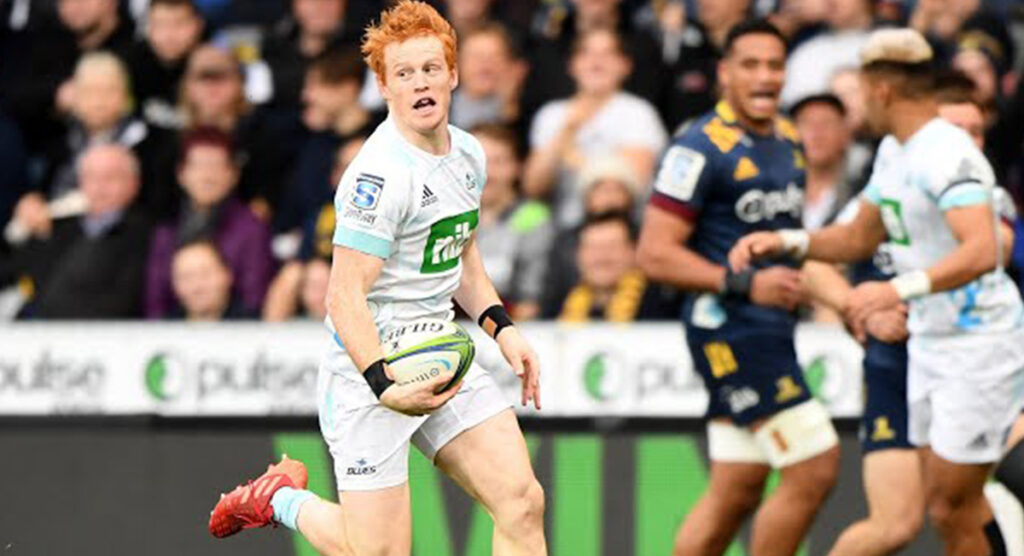 The Blues secured a much-deserved 32-21 away win over the Highlanders during Super Rugby Aotearoa. The moment of the match started with a stellar Beauden Barrett cross-field kick that eventually found its way to Finlay Christie for what the All Blacks have dubbed their try of the round.

Much of the talk focused on the return of an in-form Beauden Barrett to his preferred 10. Blues fans needn’t have worried as he showed signs of his old self in this Blues performance, especially in light of his cross-field artillery.

This was used to devastating effect on two occasions, both of which resulted in Finlay Christie tries.

Undoubtedly, Clarke is yet another name that fans should get used to in the context of All Blacks selection.

Barrett, Clarke, and Christie all connected again in the second half:

That’s one hell of a pill from Beauden Barrett 🥵 pic.twitter.com/Wix96ETupL