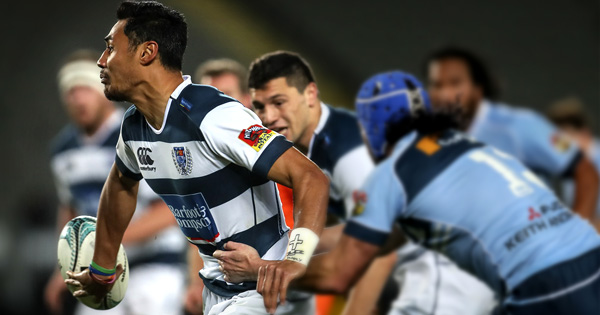 As we head into round three of the 2016 Mitre 10 Cup, here is a quick look back at round two, which featured some fantastic skills in particular. Whether you’re a fan of slick offloads or long distance tries, there’s plenty for everyone to get excited about.

Otago secured a win over Wellington 44-21. However, Wellington got a well-earned try from Matt Proctor, as he broke free and shed a few tackles en route to a score.

It was Manawatu that got the win over Southland 34-31. Manawatu may have got the win but not without a fantastic try scored from Southland as Bill Fukofuka touched down on the right side after a nice passage of play from the Stags.

Auckland was victorious over Northland 37-15 with a nice Auckland try scored from a kick and chase that saw a wonderful offload from Melani Nanai to Pryor Collier for the score.

North Harbour’s Michael Little produced a nice fend and score in a loss to Waikato 26-15.

There were also plenty of tries scored in the Canterbury win over Tasman. Jordie Barrett touched down in the corner and a brilliant offload from Matt Todd would set up Dominic Bird for a score. Tima Faingaanuku scored in a losing effort for Tasman as Canterbury took the match 45-14.

Here is a look at the best tries from round two of the Mitre 10 Cup.