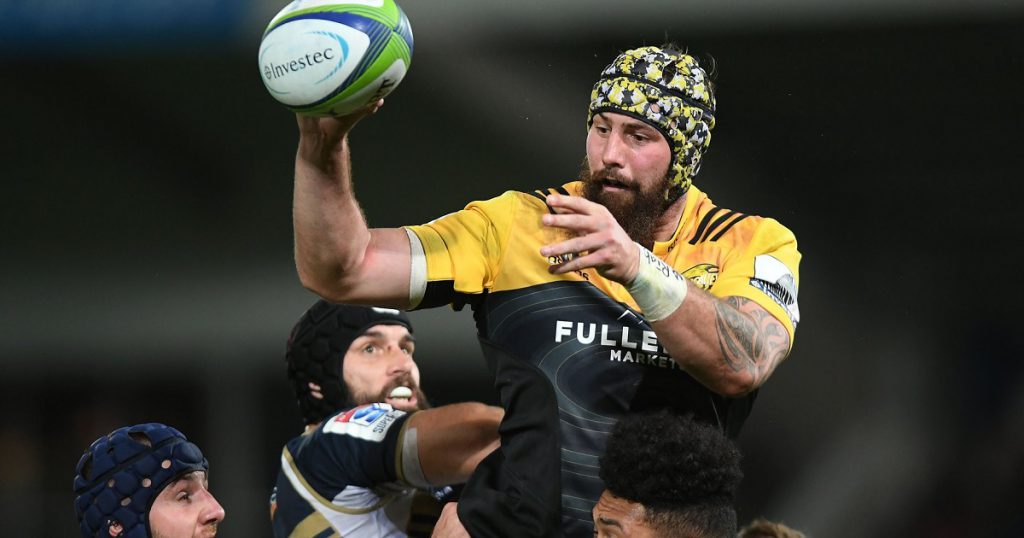 The Hurricanes recovered from a shaky first half performance to consign the Jaguares to their third straight Super Rugby defeat, running out 34-9 winners in Buenos Aires at the weekend. This great try sealed the win.

The visitors scored five tries but laboured to a 12-6 half-time lead. They kicked on in the second period and produced one of the scores of the season so far, via Blade Thomson.

It came in the final minute of the game, therefore making the scoreline seem slightly worse for the Jaguares than it probably was.

Back-rower Thomson started the move, which began on the half-way line, breaking through the Argentine defence and bursting up-field.

Pressurised by the scrambling defenders, Thomson then threw a sublime reverse pass to replacement prop forward Alex Fidow, who nearly went over for the try himself. The big fella was felled just short of the line but managed to get back on his feet before unselfishly handing the ball back to Thomson for the score.

The 27-year-old was recently signed by PRO14 title holders the Scarlets, and with this type of play, will be warmly received. And according to the TV production, he also had a shot at goal.

“He is a very athletic, no-nonsense player with a big engine who will be an effective ball carrier both in the wide channels as well as in the middle of the park,” said Scarlets head coach Wayne Pivac.

“Blade is highly regarded in New Zealand. An untimely injury impacted on his rugby in the last six months but he’s certainly a physical player who possesses the skillset to play the Scarlets way.”

Next up for the Hurricanes is the arrival of New Zealand conference leaders the Crusaders in Wellington, while the Jaguares desperately need to get themselves some points when they host the Waratahs in Buenos Aires.