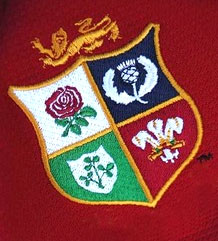 This week the tour schedule for the British & Irish Lions tour of Australia in 2013 was announced, with the tourists being tested in 10 fixtures, including three tests and a first ever opening games against the Barbarians in Hong Kong.

Lions Tour Manager Andy Irvine said: “It is fitting that after one of the finest Rugby World Cup Tournaments ever, all eyes are looking towards the next great rugby adventure – the 2013 British & Irish Lions Tour to Australia – now the fixtures have been announced.

“The Tour is now definitively alive and that is an extremely exciting prospect. A Lions Tour remains the ‘Everest’ in terms of players’ goals and achievements and that goes in tandem with the huge volume of support the Lions attract as the greatest touring team of all.

“This 10-game Tour will not only bring together the best Britain and Ireland has to offer it will also make Lions history with an opening game in Hong Kong against the Barbarians.

With three Test matches and six provincial games in Australia, the next Lions Tour will take place 125 years after the Lions first toured Australia and will be the next defining chapter in Lions’ history.  We hope as many fans as possible will join the team on this incredible journey.”

Below are the fixtures, and below that in our Related Posts section we’ve got ten classic Lions videos from previous tours for you to have a browse through.