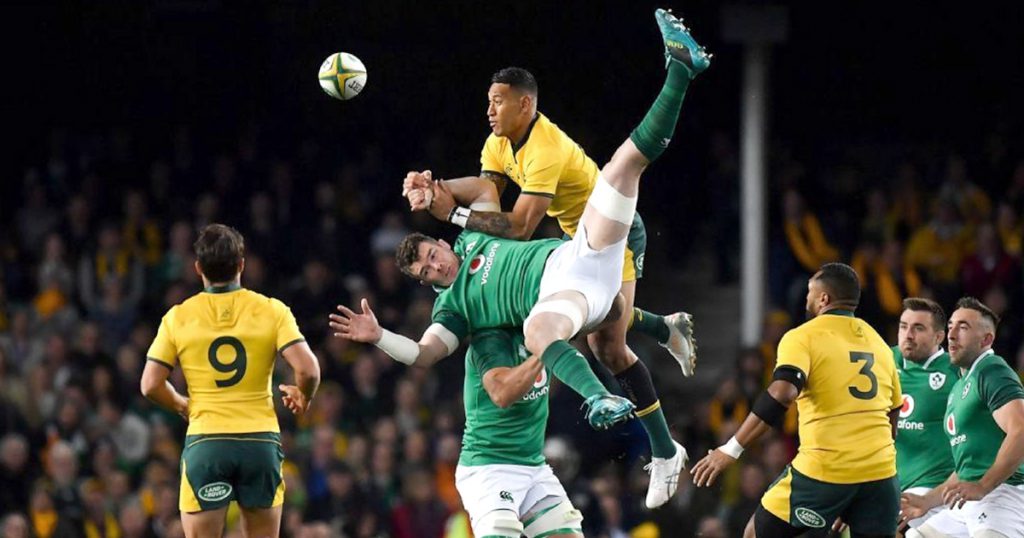 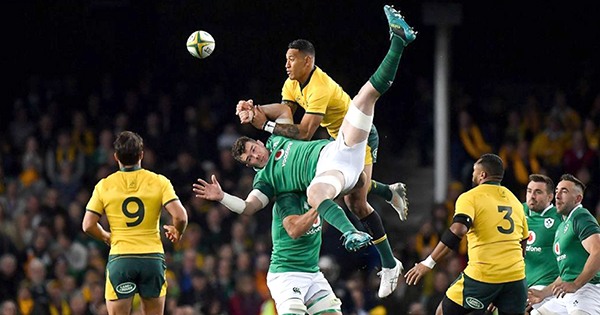 Israel Folau’s disciplinary hearing will take place tomorrow (Wednesday) afternoon in Sydney, and will determine whether the Waratahs fullback will be suspended for this weekend’s round of Super Rugby matches. It’s caused some concern for assistant coach Simon Cron.

The talented Wallabies fullback was yellow carded during the 20-16 loss to Ireland on Saturday, after it was ruled that he pulled down Peter O’Mahony when competing under a high ball.

Waratahs assistant coach Simon Cron has stood by his man, concerned that he will miss the Waratahs’ Friday night clash with the Melbourne Rebels.

Cron suggested that World Rugby who needed to reacquaint themselves with their own rules.

“Personally, I think it’s an interesting decision to even send him there,” Cron told reporters. “I would think (Ireland would) look at their one-man lifting technique. I know, we do a lot of it.

“I’d be surprised. It’d be a bit of a nanny state if they pull him.

“We’ve had presentation after presentation… we’ve had (referee) Angus Gardner in here and he’s shown us video of what goes, what doesn’t. We’re really clear on what we think you’re allowed to do and not allowed to do. And it states it in the law. So I’d be surprised if it changes.

“I think they just need to revisit it themselves, probably.”

Folau, arguably the best in the world currently at competing under the high ball, combines his skill with that of Bernard Foley, who manages to replicate perfectly placed kick-off restarts time and time again.

Folau was cited for the incident in the ninth minute, and later yellow carded for a similar tackle in the air on O’Mahony, with citing commissioner Michael O’Leary describing Folau’s actions as ‘strikingly similar’ to the contest for which he was yellow-carded.

Under World Rugby’s Regulation 17.25.3 (b), the combination of the yellow card and post-match citation means the incident must be treated as a red card and will go to a disciplinary hearing.

Here is a look at three of the contests in the air, showing how similar they are and that perhaps, as Cron says, then one man lift is more to blame that Folau himself.

#1: nothing in game or after
#2: post match Citing Commissioner’s Warning
#3: yellow card

This will be an interesting hearing. pic.twitter.com/5pmQ5mSuW9

CJ Stander meanwhile, the lifter, has taken a bit of responsibility for what happened.

“It’s a tough one, because I’m the one lifting him and I need to look after him,” Stander said. “It’s just that Folau is unbelievable in the air, it’s one of those ones where you need to go back and look at it and he got a yellow card.

“It’s tough, Pete [O’Mahony] got injured because of it. It’s something we worked on during the week, we knew it was going to come, I could have probably protected him a bit better.”

UPDATE: Israel Folau has been banned for one match. Rugby Australia will reportedly appeal the decision.