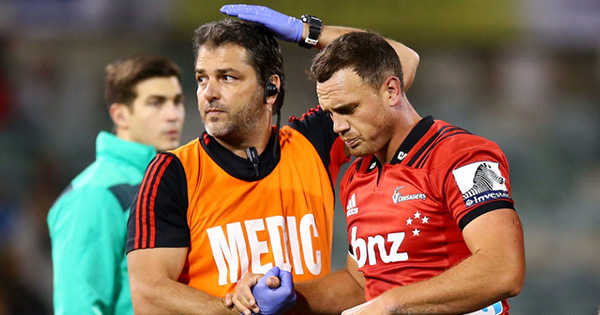 Brumbies winger Chance Peni has been suspended for his dangerous high challenge on Israel Dagg in their Super Rugby clash Saturday night against the Crusaders. Dagg will now spend more time on the sidelines nursing yet another knee injury.

The play happened midway through the first half and multiple angles show Dagg going down in an extremely awkward manner. This is potentially another setback for the magnetic Dagg, as he’s only just now come back from an extended rehab.

As head coach Scott Robertson stated: “Our thoughts are with him because he has worked so bloody hard to get back and now we just hope it is only a little tweak and that he is only out for a few weeks.”

Dagg posted on social about it, staying positive and leaving a message for Peni. 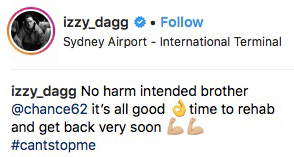 Peni appreciated the gesture, replying: “Hey brother very sorry I hope you have a quick recovery and get back out there soon”

The Brumbies back went before the SANZAAR Foul Play Review Committee on Monday, where they accepted his guilty plea relating to Law 9.13, concerning tackling a player dangerously.

“Having conducted a detailed review of all the available evidence, including all camera angles and additional evidence, including from the player and submissions from his legal representative, the Foul Play Review Committee upheld the citing under Law 9.13.”

“With respect to sanction the Foul Play Review Committee deemed the act of foul play merited a mid range entry point of 6 weeks.”

Due to Peni’s guitly plea and remorse, the committee then lowered the suspension to 5 weeks.

Unfortunately, Dagg will now have a very steep hill to climb for further inclusion into the All Blacks, as the injury puts him even further behind an already lengthy list of world-class outside backs.

Chance Peni will miss the next five rounds of #SuperRugby for this dangerous tackle.