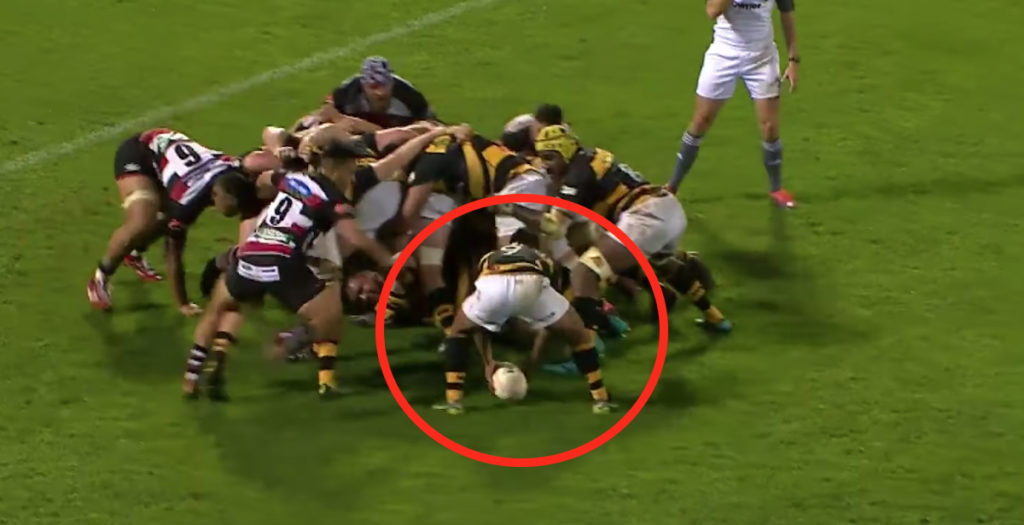 Taranaki scored a perfectly executed set piece try against Counties Manukau in the opening round of the Mitre 10 Cup.

Mid way through the second half Taranaki had an attacking scrum on the left hand side of the pitch when they made a play down the blindside.

The Taranaki scrum half passed the ball between his legs straight into the arms of his teammate, which caught Counties Manukau off guard.

The fly half was then able to deliver a simple pass to winger Jackson Ormond to run in the try from 20 metres.

This was Taranaki’s fifth try of the game and the visitors recorded a 29-34 win, full match highlights are available below: