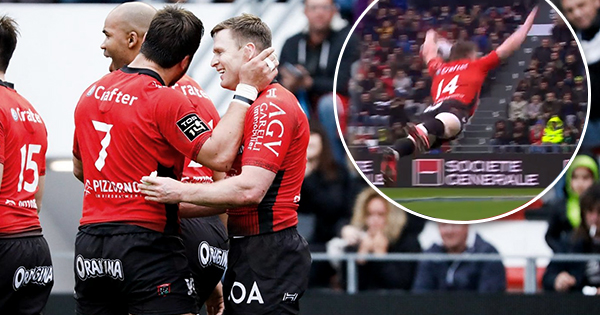 Toulon cruised to a 43-5 victory over Stade Francais in the Top 14 on Saturday, with winger Chris Ashton scoring his second hat-trick this season. Recently suspended center Mathieu Bastareaud also made a return, marking it with a powerful try of his own.

Ashton has now scored 17 tries in the Top 14, since making the move from Saracens.

His trademark throughout his career has been his ability to sniff out support lines and this occassion was no different, as dynamic Fijian Semi Radradra set him up for two of the three tries.

Returning from his three-week ban for a homophobic slur against Treviso, Mathieu Bastareaud showed the kind of powerful he possesses by making a close-range try look easy as he barged over without too much trouble.

As with Trinh-Duc, he too has been recalled to France’s Six Nations squad. They host Italy on Friday night in round 3 of the Championship, in Marseille.