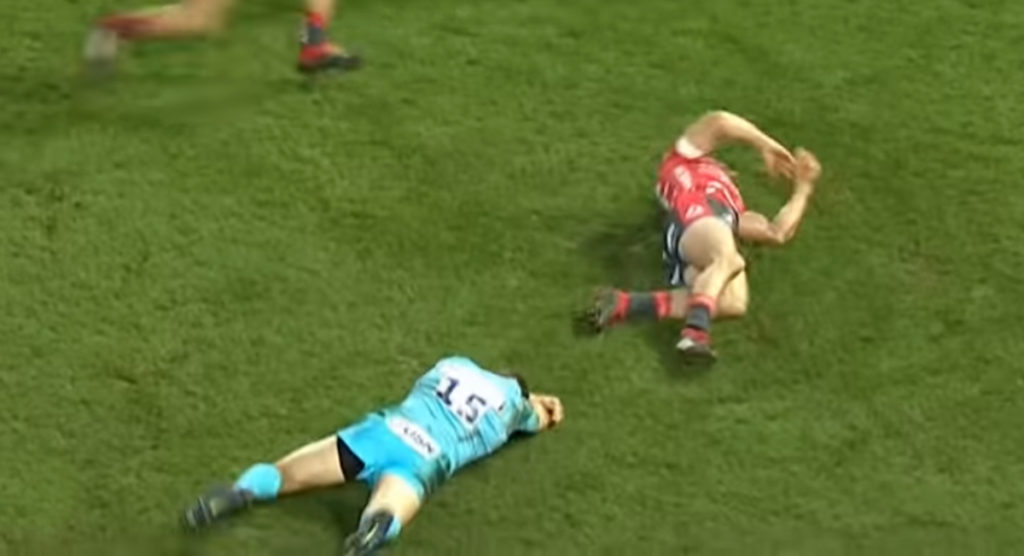 Worcester Warriors fullback Chris Pennell has been suspended following an independent disciplinary hearing that found him guilty of taking a Gloucester player out in the air in a Gallagher Premiership match on Saturday.

He was charged with tackling Charlie Sharples while his feet were off the ground, causing him to land in a dangerous position, contrary to Law 9.17.

While it wasn’t from a high kick, as is more the norm for these type of incidents, Sharples had to jump high to grab a long pass, leaving Pennell in a tough position as he ran in to make the tackle.

The fullback plead guilty and the independent disciplinary panel suspended him for two weeks. He is free to play again on 18 December 2018.

Independent panel chair John Brennan said: “The panel accepted that this was a reckless challenge caused by a misjudgement on the player’s part. Fortunately, no significant injury was caused.

“The panel found the entry point was low-end. There were no aggravating features and the player was entitled to full mitigation of 50% because he admitted the charge, had a hitherto unblemished record, despite a long career, and had expressed remorse.”

You can see the incident in the video below, 1:10 seconds in, as Danny Cipriani threw a long pass.

From the same weekend, Kyle Eastmond has been suspended for a dangerous tackle on Ian Madigan.