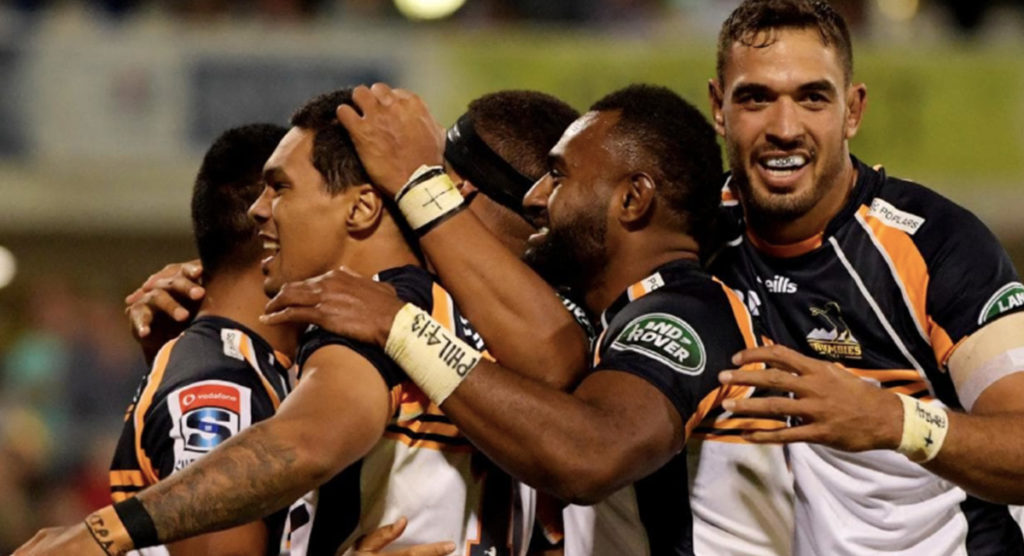 In what seems like a case of role-reversal, an Australian side demolished a New Zealand opponent in round two of Super Rugby. The Brumbies hammered the Chiefs 54-17 in Canberra on Saturday, scoring eight tries in the process. This gem from Chance Peni stood out and is the round two try of the week.

The Brumbies had no intention of rolling over in honour of Brodie Retallick’s 100th game. Instead, they handed the Chiefs one of their worst ever losses.

Peni finished what was a brilliant end to end try started by the superb Christian Lealiifano, who featured twice in the movement.

The former Ulster player and cancer conqueror found Andy Muirhead, who shrugged off some poor tackling before offloading back to Leali’ifano, who had got up in support after himself being tackled just seconds earlier. Shortly after that, Peni dashed in from the 22-metre line.

No Australian side have ever run in eight tries on the Chiefs, making this their worst loss since a 45-8 hiding to the Hurricanes in 2014.

Chiefs coach Colin Cooper said: “We’re all in shock, really, and surprised with that result… They just played better than us everywhere, and I guess it’s one of those games you just want to forget… I’m a bit speechless.”

The Chiefs are in a precarious situation early on, having dropped their first two, while the Brumbies now sit atop the Australian conference.