Classic Falcon results in another freakish try for Jordie Barrett 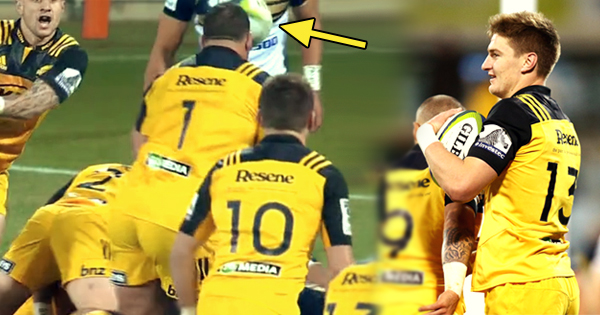 Young Jordie Barrett has had a phenomenal season for the Hurricanes, culminating in his time with the All Blacks against the British and Irish Lions. It’s been a sensational step up from junior rugby, and along the way he’s been involved in a number of freakish tries. This was no different.

While the 20-year-old brother of superstar Beauden didn’t have to do too much for this one, it was his quick thinking that earned the try, after the ball bounced off prop Ben May’s head.

It’s a beautiful falcon in the Australian sense, and one that resulted in five points, and helped the ‘Canes on their way to a quarter final victory over the Brumbies.