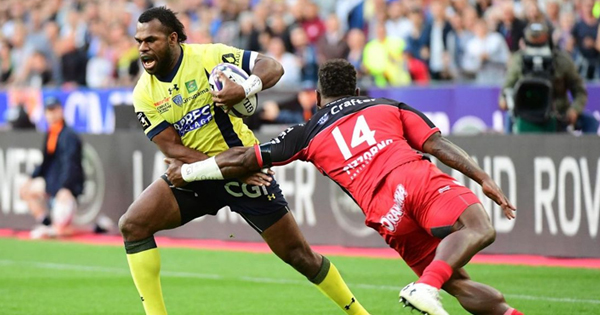 Clermont held their nerve to beat Toulon 22-16 in the Top 14 final in Paris on Sunday night. Morgan Parra was outstanding with the boot, and also picked up a courageous and crucial ruck turnover late in the match. He kicked 17 points, while giant Fijian winger Alivereti Raka scored a great try.

Clermont had previously lost 11 of their 12 previous final appearances, and also lost European Champions Cup finals to Toulon in 2013 and 2015, as well as to Saracens recently.

This was their night though, with Parra on top form and some courageous defensive work in what was a hugely physical contest, with the likes of Mathieu Bastareaud, Ma’a Nonu and Josua Tuisova charging at them all night.

“Two years in a row where we come up short at the same stage – European Cup quarter-finals and league final, it’s tough to swallow. We’re going to have to pick ourselves up,” said Toulon captain Guilhem Guirado, after Toulon were runners up to Racing 92 last season.

After a turnover and mazey run down field by Damian Penaud, wing Raka beat fellow Fijian tank Tuisova to stroll in under the posts. Parra converted for a 13-0 lead for Clermont.

Clermont were then down to 14 men after Fritz Lee was yellow carded for a high tackle on James O’Connor. With the numerical advantage, Toulon scored through Tuisova, who got one back on compatriot Raka by barging him out of the way in typical fashion.

Flyhalf Tony Belleau’s conversion brought Toulon back to within three points but a Parra penalty made it 16-10 at the break.

The second half was packed with intensity but neither side could cross the chalk, while Parra continued to get the better of Belleau, who had two penalties hit the posts.

Clermont held on for a thrilling climax, and emotional scenes in front of their fans at the packed Stade de France.