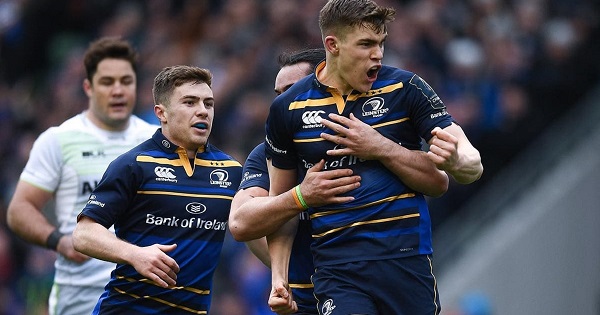 Leinster out-muscled defending champions Saracens 30-19 in an enduring clash at the Aviva Stadium in Dublin at the weekend to move into the European Champions Cup semi-finals.

It was a game worthy of Test match status in which two of the biggest names in European rugby fought tooth and nail to secure a place in the last four. But it was the home side Leinster who ultimately came out on top in a proper arm wrestle.

Tries from Garry Ringrose and man-of-the-match Dan Leavy either side of the half-time break plus the boot of Jonathan Sexton helped the hosts hold a narrow lead.

Saracens fought admirably but found themselves overwhelmed at the start of the second half when Leavy touched down.

After that, the title holders were put to the sword by the three-time champions who eventually settled the match when winger James Lowe scored after 58 minutes.

Lowe was impressive all day long and his break down the blind-side wing in the third minute of the game enabled Isa Nacewa – playing at 12 – to feed Ringrose to touch down for the early try.

Saracens did score their only try in the second half courtesy of Blair Cowan – on loan from London Irish – but it was not enough to challenge Leo Cullen’s men, who will face the Scarlets in the last four.