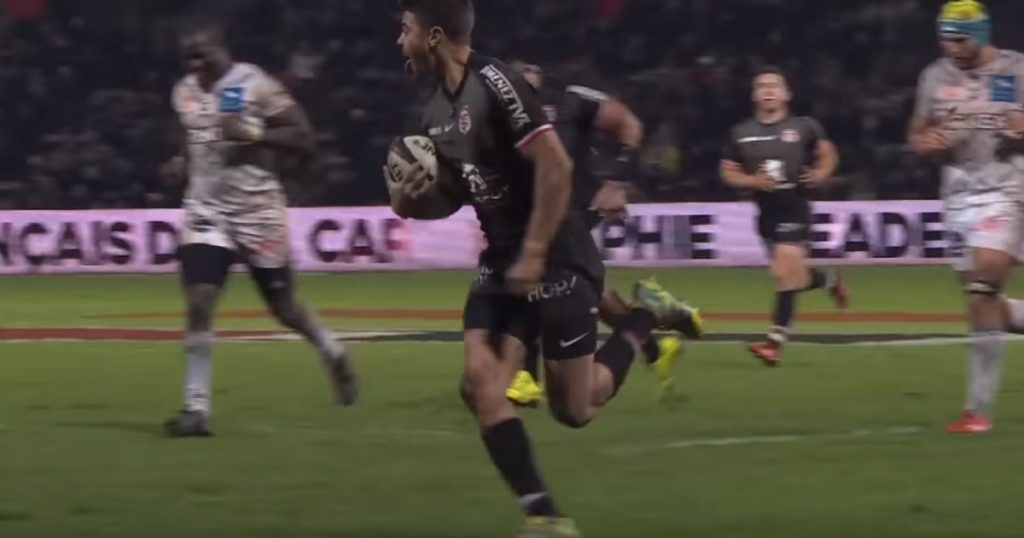 Toulouse moved back into second place in the Top 14 after completing a comprehensive 40-0 victory over Bordeaux Bègles at the Stade Ernest Wallon. But it was more than just a dominant performance for the home side. Instead, it is a continuation of a long sought-after return to form for the most successful club in France.

This was no better demonstrated than during their rout of the Bordelais, and some great interplay between full back Thomas Ramos, South African flyer Cheslin Kolbe and the up-and-coming centre Romain Ntamack.

Ntamack, who can play fly-half as well, finished off the move but it was the instinctive counter-attacking play of Ramos which created a superb try.

Toulouse lie joint fifth in the try scoring stats so far this year, but the manner in which they get over the line has been a revelation in recent years. The youth of the squad appears to embrace the traditional “French Flair” much more now, and their game is all the better for it.

With six wins out of nine games so far, Ugo Mola’s Toulouse have not only returned to winning form, but with the development and game time of some of the most prolific young French talent, they are displaying the sort of ethos which made them the insurmountable force of the late 90s and early 2000s.

Players like scrum-half Antoine Dupont, full back Thomas Ramos and centre Romain Ntamack in the backs; Julien Marchand, Cyrille Baille and François Cros in the forwards.

It harks back to a time when Toulousain players made up the bulk of the French international squad. And after several lean years, it seems the club may yet prove the key to French success for the future.