Comedy gold: Nigel Owens catches the ball as players go to smash him 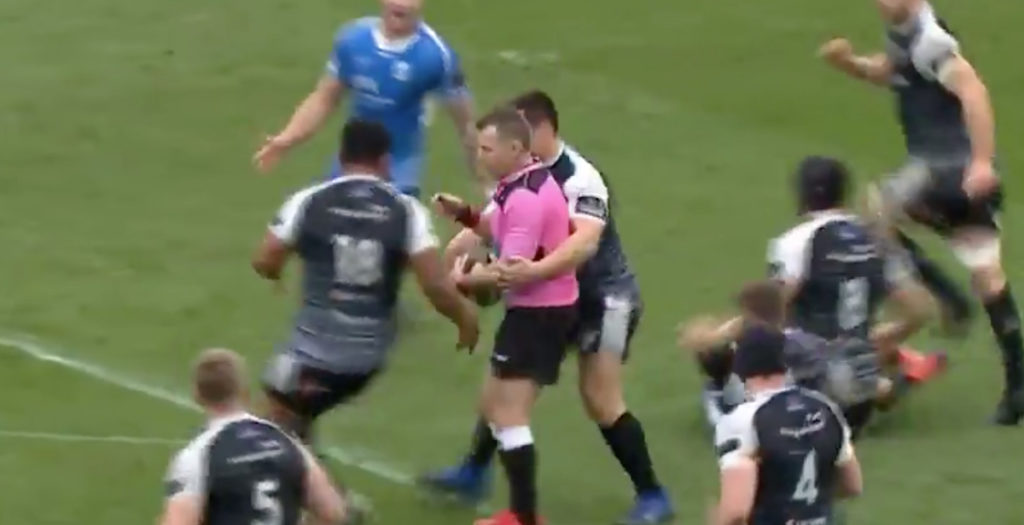 Welsh referee Nigel Owens had yet another classic moment on the pitch on Saturday when he caught a pass from Ospreys scrum half Sam Davies.

Owens was refereeing his 175th game in the Guinness Pro 14 between Ospreys and Dragons when a loose pass was thrown straight towards him.

The 47-year-old couldn’t get out of the way of the ball and decided to catch it, which brought a smile to both players and fans at the Liberty Stadium.

On his 175th #GUINNESSPRO14 game as the man in the middle, @Nigelrefowens decided to get involved in the action today 😂

The surrounding players pretended to tackle the Welsh referee, who joked about his handling skills on Twitter after the game and the Ospreys responded by offering him a playing contract!

After displaying handling skills and vision like that, we’ll get our people to talk to your people, we’ll get the contract drawn up to announce you as our new signing on Monday….