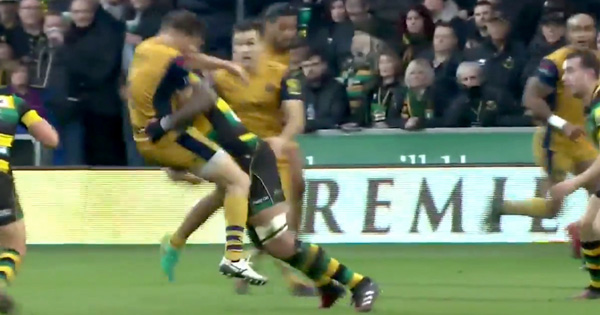 Courtney Lawes has made another huge tackle on a halfback, this time on Bristol’s Will Cliff in their round 13 fixture at the weekend. Unfortunate Cliff got a bloody nose from the hit, and while the officials briefly considered having another look at it, they were satisfied that it was legal.

Lawes is known as one of the hardest tackling second rowers around, and while his noticeable victims are often those of more diminutive stature, his effort on defence is always commendable.

While it’s another mismatch, Cliff can count himself unlucky to have Lawes standing in front of him at the time that he tried a sneaky inside switch.

Lawes on the other hand, eats up those opportunities.