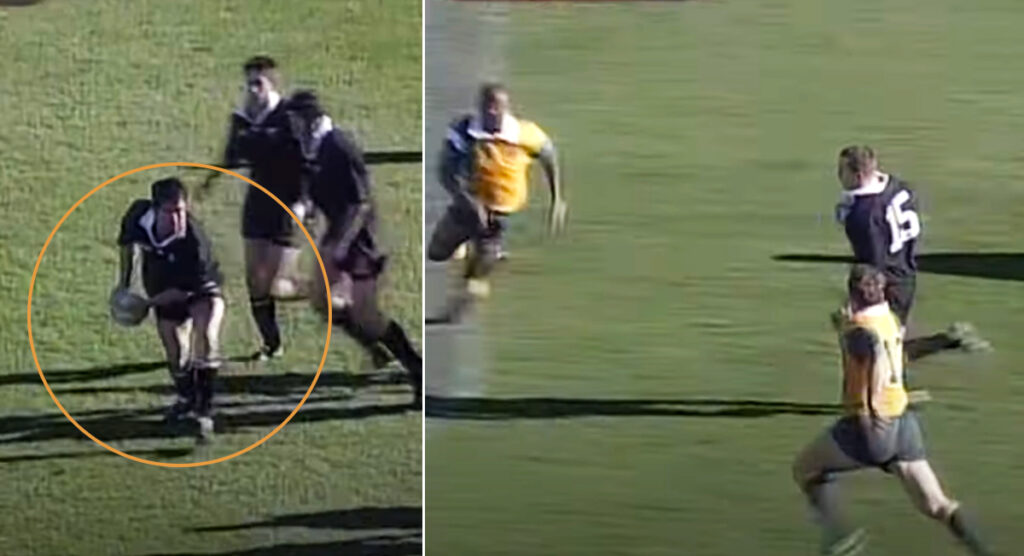 New Zealand and Australia’s 1997 Bledisloe Cup clash at Carisbrook was the classic tale of two halves, as the hosts shot out to a huge lead before the Wallabies came back to give them a bit of a scare. One of the clear highlights from the contest was this outstanding try scored midway through the first half.

In front of 42, 500 spectators in Dunedin, New Zealand scored an unbelievable 36 points in the first half, before Australia came back with 24 in the second.

Helping the hosts to that lead was Christian Cullen, who produced one of the most memorable Bledisloe Cup tries ever.

A loose Wallabies kick was well claimed by the genius of Zinzan Brooke, who then threw a special long pass to Cullen, who hit the ball at pace before running and weaving 60m to mesmerise the defence and turn George Gregan inside and out with his footwork.

“Well, he’s a freakish player… Under the posts he goes,” said commentator Grant Nisbett, as the Paekakariki Express scored his 18th try in just 18 Test matches, for a 26-0 lead after 26 minutes.

While it was a high scoring match, it was slightly dominated by the whistle of French referee Joel Dume, who blew 42 penalties in total, with 26 in the second half.