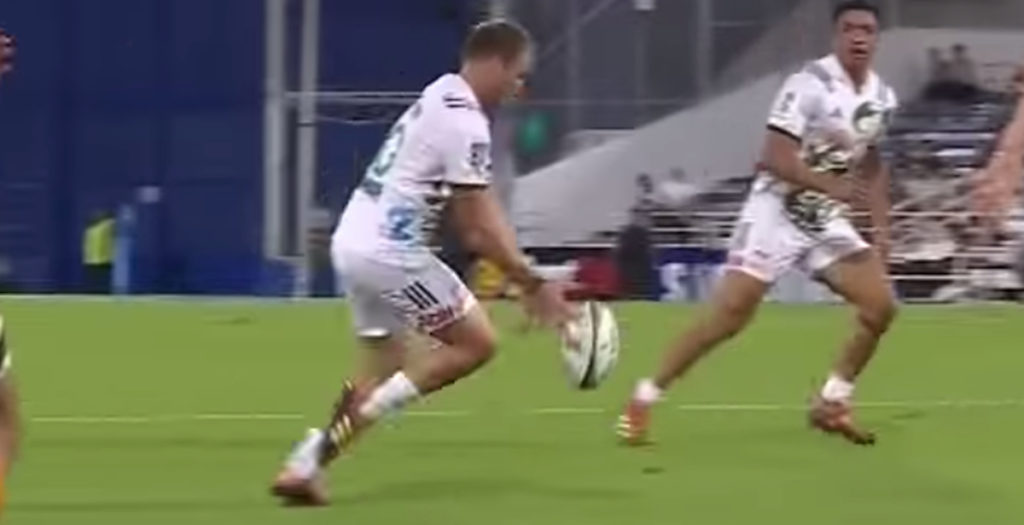 Chiefs fly half Marty McKenzie used the posts to his advantage to set up a try on Saturday against Jaguares in Super Rugby.

The 26-year-old chipped the ball over the Jaguares defence inside their 22-metre line with his younger brother Damian in pursuit.

However the ball bounced off the post protecter and sat up perfectly for centre Tumua Manu to score the visitors’ second try of the game in Buenos Aires.

Jaguares responded in the second half with two cross field kick tries of their own and another through replacement forward Pablo Matera, but it wasn’t until scrum half Te Toiroa Tahuriorangi scored from the back of a scrum in the 78th minute that the Chiefs could celebrate the win.

The Hamilton-based franchise remains bottom of the New Zealand conference having won just two of their opening seven games.