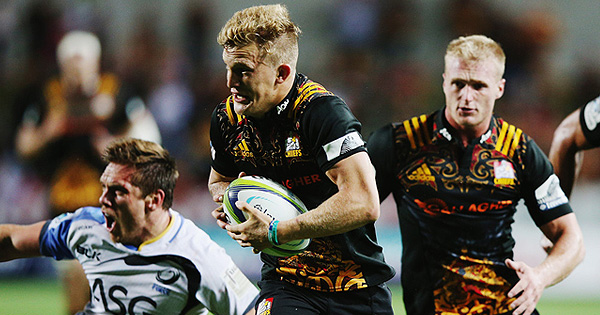 The Chiefs put in a thrilling performance to beat the Force 53-10 in Hamilton on Saturday, scoring some sensational tries, outscoring their opponents by nine to one. Damian McKenzie scored the opener after some great team play, while centre Charlie Ngatai picked up four.

McKenzie himself scored a brace but the first effort, although difficult to pick, was probably the best of the lot as it involved a number of players and said a lot about the nuggety fullback’s attitude, after he was smashed on the halfway line earlier in the move.

You can see that brilliant try above, with full highlights below