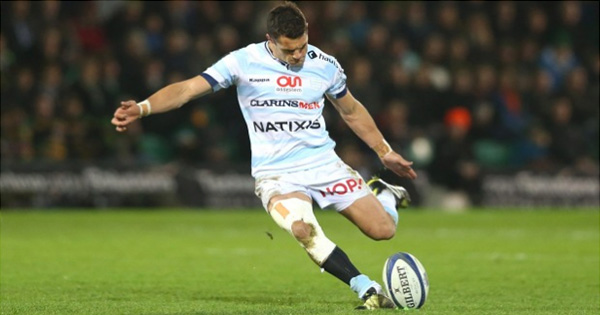 With all the drama of the international rugby the past few weekends, its easy to forget about club-level, namely the Top 14 semi-finals. Racing ’92 and Clermont provided plenty of excitement, going all the way to extra-time, with an unbelievable ending.

The ending gave Dan Carter a chance to show once again why he is a legend of the game.

The breath-taking finish started as Clermont had taken the lead, going up 33-27.

They then intercepted a quick throw taken by Argentine wing Juan Imhoff, only to give the ball right back with an interception of their own to replacement Racing lock Juandré Kruger.

Imhoff was not done as he then took the offload and sprinted 50 meters for the try.

There were some questions over the pass possibly being forward, and then this week there was a bit of noise about Kruger taking out David Strettle, but the try stood.

Trailing then by one point and with the chance to send his team to the final, Carter took center stage and showed once again exactly why he is the highest paid player in the game. He calmly shrugged off the pressure of the moment and easily slotted the roughly 30-meter conversion.

It’s a scene that’s been played out time and time again with the All Blacks and Crusaders, as he seemingly thrives on high-pressure moments like this. In the end, he did what he always does and sealed the win for Racing, 34-33. Including this kick, Carter finished with 16 points – four penalties and two conversions.

His former All Black teammate, Joe Rokocoko, also had a good day, scoring a stunning try.

Racing ’92 will face Toulon in the Top 14 Final at Barcelona’s Nou Camp Stadium on June 24th.

An English commentary version of the ending is below, with full highlights below that