Danny Cipriani given licence to thrill by coach Johan Ackermann 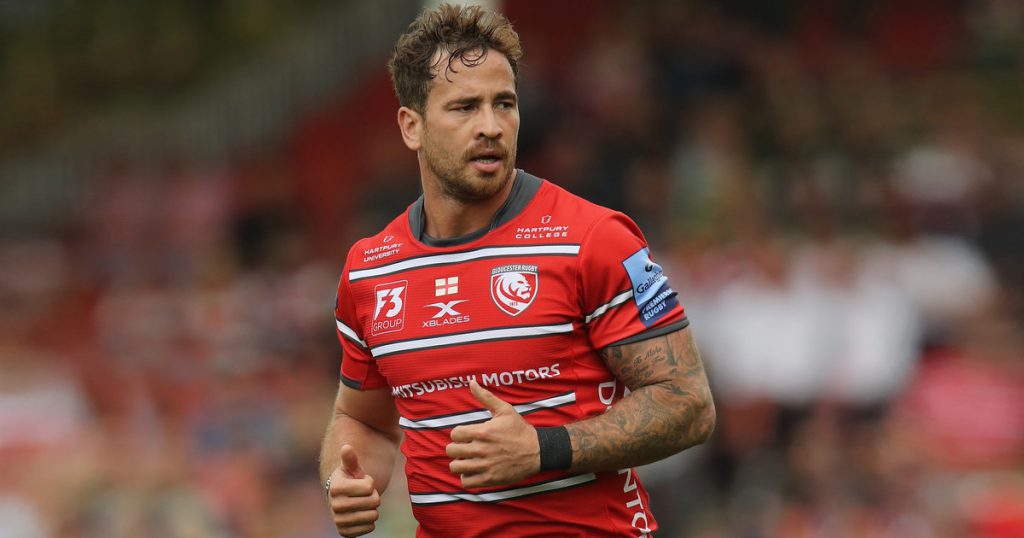 Danny Cipriani served up a timely reminder of his playmaking ability by producing an outrageous pass on his Gloucester debut. The 30-year-old fly half found winger Charlie Sharples with a glorious 21-yard ball that soared over three Northampton players and left his teammate with the easiest of tasks to cross for the try.

Replays showed he played the pass blind, sparking an outpouring of praise on social media. Some speculated that the pass went a good three yards forward, but the commentators were quick to ignore that as they heaped superlatives on Cipriani.

It provided England boss Eddie Jones with plenty of food for thought. The World Cup is looming, England have displayed dreadful form of late and they really could do with a player of Cipriani’s playmaking quality and ability to turn a game with a flash of individual brilliance.

He has endured a testing summer after being fined £2,000 and sentenced to community service for assault in a Jersey nightclub. But his talent is undeniable and it could become increasingly difficult for Jones to take the moral high road when he needs spark and thrust in his team.

Read a review of betting websites and find market leading odds from reputable bookmakers, and you will see that England have fallen behind Ireland in the World Cup winner betting market. The All Blacks are the heavy favourites, but Ireland have gone in to 4/1, while the English have been pushed out to 7/1.

A year ago, that seemed inconceivable, but England’s decline has been alarming. Jones reacted by reinstating Cipriani after a decade in the cold, with George Ford making way, and Cipriani is staking a strong case to keep the job on a permanent basis.

He had a brilliant season at Wasps last time out, and you could see how badly they missed him in their laboured performance as they scraped a 21-20 win over unfancied Worcester. They have brought in Lima Sopoaga to replace him, but fans are already missing Cipriani.

He was immense throughout Gloucester’s season opener against Northampton. He came up against another superstar fly-half as former Ospreys hero Dan Biggar made his debut for the visitors, but Cipriani came out on top.

“He displayed tremendous vision and handwork, while his kicking was superb, leaving him at the heart of everything that was good about Gloucester’s performance,” said head coach Johan Ackermann.

“Danny is backing himself in training, and it worked for him today.

“All the players have a licence to play what they see. We didn’t speak about goals and where we want to be before he joined, we just said we want this club to be competitive, to play exciting rugby and to improve, and Danny was excited when he looked at the squad.

“He believes his way of playing will suit my philosophy, and he is excited to give it a go. So far, so good.”

Gloucester are now preparing for a huge west country derby against Bath, and they are clear underdogs. You can find around 3/5 on Bath, while Ackerman’s men are out at 6/4, but with Cipriani in inspired form they could well spring an upset.

Bath are smarting from the 17-10 defeat they suffered in another derby against Bristol in their opener, and they will be desperate to make amends this weekend.

If you check out the futures odds, Gloucester are now fourth favourites to win the title this season, behind only Saracens, Exeter and Wasps. They are as low as 10/1 with some bookmakers, while Bath are out at 33/1 and Bristol are trading at 150/1 with some sites.

Gloucester, therefore, should feel no fear as they approach their trip to Bath, and it will be fascinating to see if Cipriani can conjure up some more sorcery.