David Campese could be tempting fate, as we've seen before 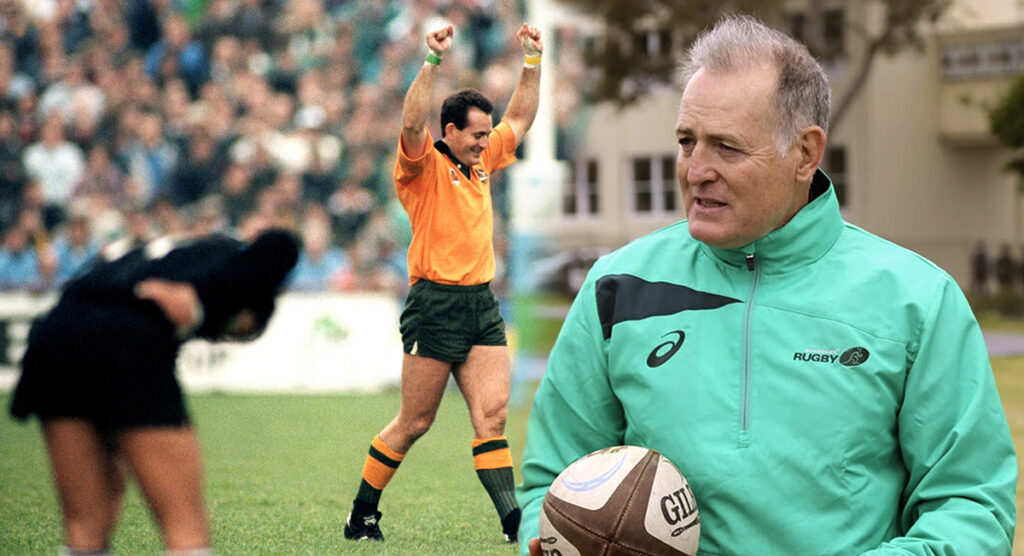 David Campese may have been the most vocal critic of the All Blacks this past week, but he has not been the only one. The Wallabies great has not missed the opportunity to lampoon his former rivals after the 16-16 draw between the two sides in Wellington on Sunday.

This is not the first time that these sort of pronouncements have been shared though.

The 2017 British and Irish Lions series was perhaps the genesis of talk of the All Blacks’ decline. Their struggles against the Springboks in recent years only fuelled that criticism, and it culminated with the World Cup semi-final loss to England.

Catch up on the latest episode of the Aussie Rugby Show

However, there are some in Australia that are clearly more tentative than Campese, who feel this could be dangerously provocative.

After all, in response to such comments people have been quick to list just some of the instances in recent memory where the All Blacks had looked exposed one game, before comprehensively answering all critics a week later.

It must be remembered that this was the first match in almost a year for either side at the weekend. But it is also undeniable that the sort of opinions shared by Campese have become far more frequent in the past two years than they had been in the decade prior.

Further, though Michael Hooper’s side came within the width of the goalpost from winning, and on balance probably deserved the win, they ultimately did not.

Those in New Zealand feel that this weekend may be a better indication as to where the All Blacks and the Wallabies are, as their “aura” has been questioned in the past.

Though there was promise for the underdogs in Wellington, Eden Park is a veritable fortress for the three-time world champions, where they are yet to lose in the professional era.

This Sunday is likely to prove whether Campese and co are onto something, or whether they have only awoken the beast.

Not that old chestnut. “The aura has gone”. Been mentioned since about 1993.

There's a nugget of truth but it's premature to suggest that this is the end of AB dominance.

For the last 10 years or so they've traditionally had ONE bad game a year. They slip up once, then recover and close ranks.

Australia has a tendency of getting ahead of themselves. It was one match

Campo has been banging that drum ever since he stopped playing. When @wallabies can string a few wins together I’ll reconsider otherwise watch out @AllBlacks are coming to get you at Eden Park.

Says at least one Pundit/ex Player every year, after an average ABs performance.