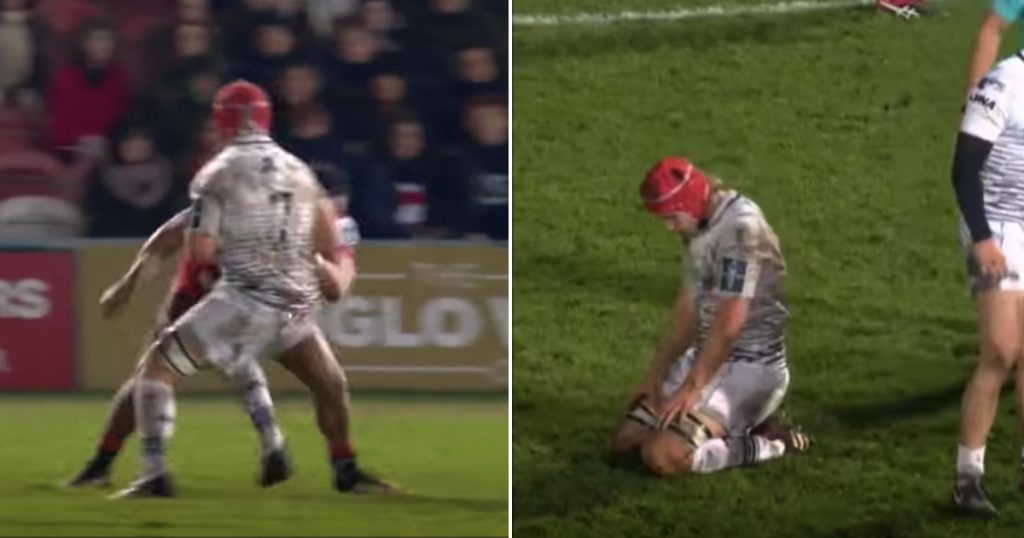 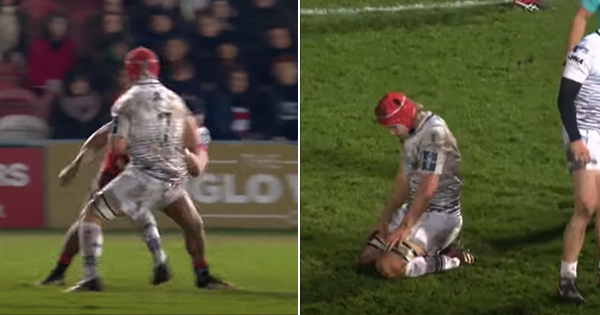 Will Jones learned the hard way that running straight at Gloucester’s Tongan hitman David Halaifonua is not a good idea. The 30-year-old has numerous victims, with Jones the latest in a long line of players who will have stories to tell from the times they went up against him.

Despite it being a flanker up against a fullback, it was the latter who had the size advantage with a reported ten kilograms up on his Ospreys counterpart. The 6ft2 Tongan made all of that weight count too, as he waited for his prey then launched into him in trademark fashion.

The hit left Jones clearly winded on the floor, and after receiving medical attention for a few minutes, he actually had to leave the field from it.

The TMO checked and ruled that while it was considered a shoulder charge, it was a penalty only.

Gloucester went on to win the Anglo Welsh Cup clash 43-20.

This incident was very similar to the huge hit he made against Canada in 2013. He was suspended for six weeks for that, a tackle that was almost identical but slightly higher than this one.