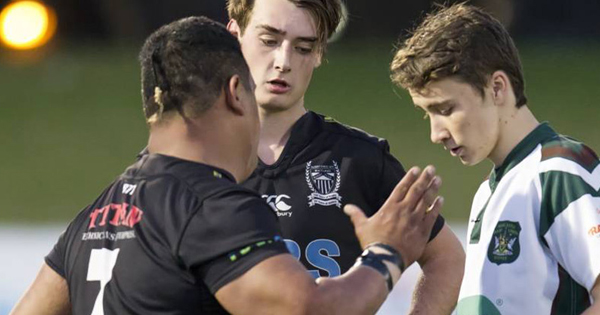 The 18-year-old Australian rugby player who attacked a referee in a grand final match has been banned for 10 years. Footage of the incident has spread rapidly, disgusting rugby fans around the globe, who for the most part feel that the hefty ban is fully justified.

The incident occurred after Mark Meafua had reportedly been involved in foul play in Maitland’s U19 Colts Grand Final. Reports claim that referee Niklas Gaal, 19-years-old, was about to issue Meafua with a yellow or red card, when the bulky forward lashed out.

It was an open-palmed strike but hit Gaal in the face and neck, sending him strumbling.

Meafua was arrested at his home after the game and charged with common assault.

During a two-hour displinary hearing, he pleaded guilty to the thuggish act and submitted a three-page apology, but the Newcastle and Hunter Rugby Union banned him from all forms of rugby for 10 years.

The ban reportedly included the 10-match ban he would have received for the earlier infraction.

“We have not seen anything like this in our zone in 30 years,” NHRU general manager Andy Fairfull told the Herald. “It is unacceptable to verbally or physically abuse a referee. The sanctions show that if you undertake that behaviour, you will be out of the game for a serious amount of time.

“But, as well as ensuring Nik’s wellbeing, the union has an obligation to provide Mark with the appropriate support. Within that 10 years, the referee’s association and Maitland club will work the young man to assist in some rehabilitation.”

Referee Gaal finished officiating the match. Meafua will appear in court next month.

If anyone has more footage of the incident or moments leading up to it, please don’t hesitate to get in touch so that we can share it here.