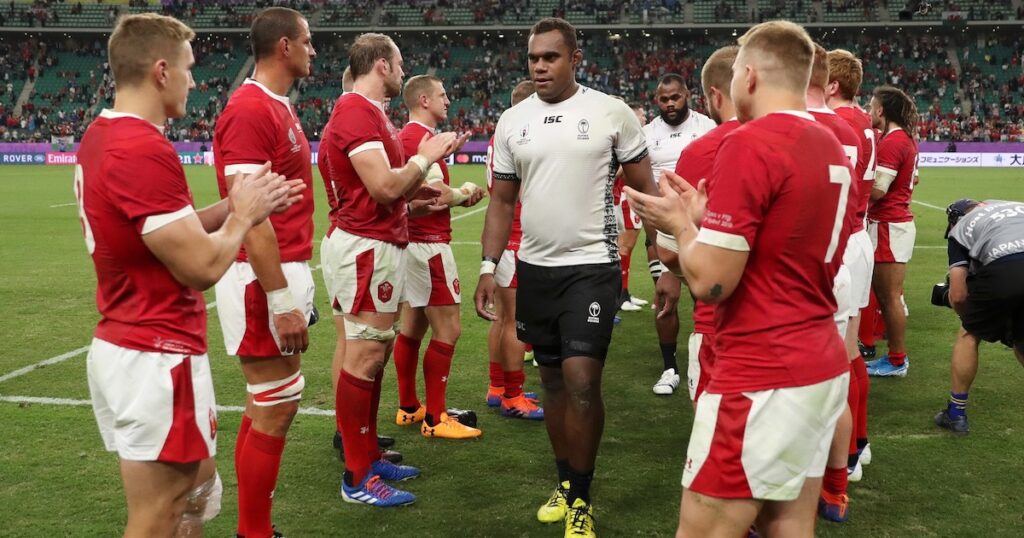 With news coming this week of a proposed eight-team tournament replacing the traditional end-of-year Tests, national rugby unions have been mobilised to begin preparations for the eventual restart of international competition.

What the new tournament also presents, is something else to consider when the inevitable 6 Nations/World League debate rolls around again.

So far, the eight-team tournament is expected to be split into two pools, with England, Ireland, Wales and Fiji facing each other, while Scotland, France, Italy and Japan are in the other.

This will kick off just two weeks after the suspended 6 Nations is due to finish.

It’s a sign of the times that international rugby has been turned on its head so much that we’re discussing the prospect of deciding the 6 Nations champions in October, but a more pertinent debate may centre on whether this model could be used to expand the oldest tournament in world rugby.

Given the improvements of Georgia and Japan in recent years, it would certainly make sense for the former to be part of an expanded competition, while Japan could quite conceivably find an opportunity in an increased Rugby Championship alongside New Zealand, Australia, South Africa and Argentina.

All the talk is about giving developing nations more international competition but the truth of the matter is that safe for including Japanese franchise the Sunwolves in Super Rugby and handing Georgia limited tier one Test matches, not much has actually been done.

Give both nations space in the southern and northern hemisphere respectively and you’ve got the best-performing developing nations playing regularly against the best in the world.

But then there’s Fiji.

How to solve a problem like Fiji. When the mooted World League plans surfaced, Fiji were the ones who missed out, inexplicably. Sadly, in both the Rugby Championship and expanded 6 Nations alternative suggested above, there appears to little prospect of logistically making the South Sea islanders part of the set-up.

That’s not for the want of trying though, as even in the past week, talk of Fiji joining the 6 Nations ahead of Georgia was mooted.

It’s no secret that a lot of Fijians play their rugby in Europe, predominantly in France so a temporary base in Europe could be a plausible way around the extensive travel time and expense.

If not Fiji, who else would fit the bill for an 8 Nations competition? The easy answer on paper is any one of Romania, Spain or Portugal, but that opens up another problem. Tier two nations are unlikely to be given a clear passage into the tournament given the amount of investment (both financial and personnel) required.

Perhaps we are getting ahead of ourselves but the prospect of an 8 Nations northern hemisphere tournament and a possible five-team Rugby Championship would ensure every tier one nation and the best of the tier two teams are getting regular competition.

With the 6 Nations also open to moving their fixtures to March and April, the calendar year could equally be much more straightforward.

It may be an unpopular opinion but by scrapping the Summer Tests in June and July would allow for a proper off-season, keeping in line with calls for better player welfare.

It also leaves the Southern Hemisphere with a suitable time to hold the Rugby Championship earlier while enabling the traditional end-of-year internationals to maintain their appeal in the typical European winter.