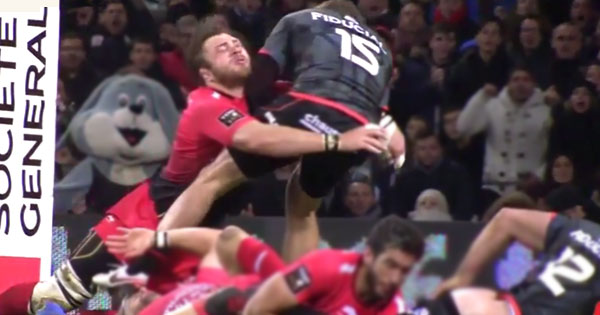 Toulon’s hard-hitting number eight Duane Vermeulen was knocked out cold attempting a thumping try-saving tackle against Toulouse recently. The Springbok star will be out of action for two weeks following this big knock in Toulon’s 31-8 loss.

Vermeuelen, who nearly missed out on the World Cup following neck surgery in July, was stretchered off and taken to hospital with a head injury. He later tweeted that he was okay, but will be out of action for the next two weeks.

“Just a quick update on my injury from the past weekend top 14 clash: all good. got knocked out in the tackle and woke up with a neck spasm,” said Vermeulen, before confirming that he will be out of action within the next two weeks.

I will make a full recovery within 2 weeks. Thanks for all the well wishes, I appreciate it a lot. Cheers tweeps. ?? Vrede.

See more knockout hits in the Related Posts below this