Ed Jackson: The quadriplegic with Everest in his sights 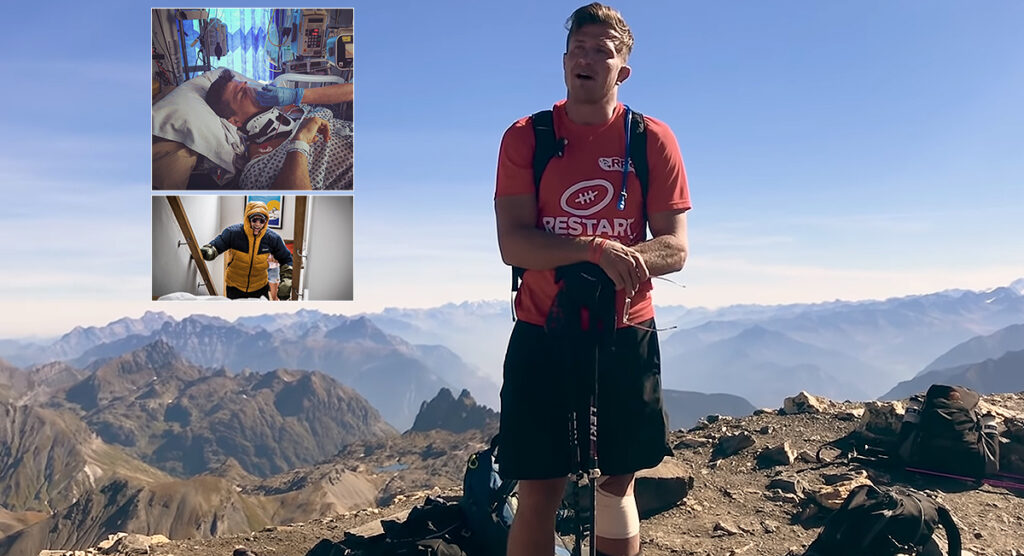 Three years ago, Ed Jackson suffered a freak accident which left him with a serious spinal injury and, subsequently, paralysis. Now, the former player is reaching new heights in an inspiring endeavour with charity Wings for Life.

Jackson played for his local club Bath for three years before switching to Doncaster Knights and then London Welsh. He then made a big move to Wasps before going over the Severn to join Newport Gwent Dragons.

It was during his stint in Wales that Jackson fractured his C6/C7 after diving into the shallow end of a swimming pool, damaging his spinal cord.

Jackson has since become an ambassador for the Wings for Life charity, which specialises in spinal cord research and seeks to find cures for spinal injuries through world-class scientific research and clinical trials around the globe.

Jackson revealed that he is making better progress than both he and his doctors anticipated and is able to move his hands and legs, albeit slightly. Confined to a wheelchair for a year, Jackson is also able to walk, using leg splints.

Live update . So far day 2 has been a busy one. Around 10am this morning I hit Lukla at 2860m which is where the Everest trek usually begins. I actually flew in to Lukla in November last year when I was about to climb Mera Peak. The airport is known to be the most dangerous in the world but luckily today there was a smooth landing so I just had a quick bite to eat and headed towards my next destination. At 3440m Namche Bazar is known as the gateway to the high Himalaya so I’m taking the time to lie face down and find my zen before pushing on to try and complete the 432 flights I still have scheduled for today 😅!… . Next target is Everest Base Camp at 5500m which all going well should be tomorrow morning 💪🏼 . Thank you to everyone that has donated, liked and commented so far. It’s keeping me going! . #NowornEverest #Everest #Evereststairclimb #isolation #quarantine #Covid-19 #stairclimb #mm2mountains #challenge #climbing #trekking #justkeepgoing

It is through this method that Jackson has achieved something incredible: climbing the equivalent of 8,848 metres (the height of the peak of the Himalayas in India) using his parents’ staircase at home in Bath.

Final Camp | 6679m . A tough day on the mountain and I’m slightly behind schedule but I’ve found a sheltered spot to set up camp and start a fire just beneath the North col. Bumped into two other climbers who pitched in the same spot…weirdest tent I’ve ever seen though so not sure they’ll survive the night.🙄 . 4am start tomorrow for the final push. Hoping to reach the summit by 4:30pm. 🏔 . Join in live: 8-9am 2:30pm-Summit . Big love to everyone who’s donated this week, sent messages and joined in the fun.🙏 . Heeerrrreee weee gooooo!!💪🏼 . #noworneverest #challenge #covi̇d19 #isolation #stayhome #charity #climbingthewalls #everest #mountains #climbing #mm2mountains #berghaus #avalancherisk #isolationchallenge

Taking four days and documented live on Instagram, Jackson began his trek by camping overnight at the bottom of the stairs and subsequently climbed 89,056 individual steps and 5,566 flights of stairs in total.

Jackson hasn’t just entered this climbing attempt recently, he is already an established mountaineer and plans to become the first quadriplegic to climb Mount Everest.

It has attracted a lot of attention since then and was no doubt a strong incentive for those competing in the annual Wings for Life World Run, which took place all over the world.

Ed Jackson: The quadriplegic with Everest in his sights | RugbyDump - Rugby News & Videos