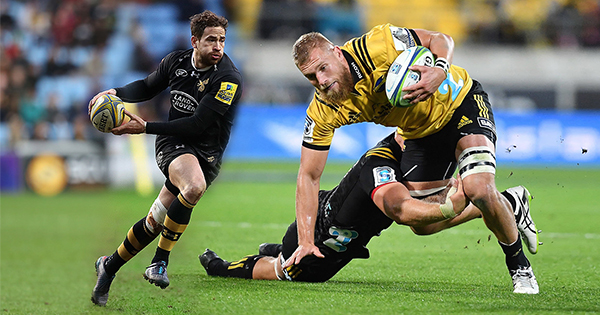 England’s 34-man squad to tour South Africa was named today, with New Zealander Brad Shields making the cut after he was cleared to be released by the New Zealand Rugby Union. Shields has never played rugby in the UK but has English parents.

Selecting a squad for the upcoming three-Test series against the Springboks has been a challenge for Jones, who is without the services of usual skipper Dylan Hartley due to concussion.

In his absence, Owen Farrell will skipper the squad.

New Zealand Rugby released Hurricanes loose forward Shields after much consideration, considering that his contract runs until the end of the Super Rugby season. Ultimately, they made an exception.

“We have taken some time to carefully work through the complexities of this request, to ensure that we gave appropriate consideration to his specific circumstances.  In the end, we are happy with the terms of his temporary release,” said a NZR statement.

“We are extremely disappointed that the RFU chose to take this unusual step in seeking this release given that Brad has not yet played rugby in England.

“We are releasing Brad with our best wishes, and we hope to see him achieve his goal of playing international rugby in June.”

“I’m really appreciative that New Zealand Rugby has considered my request.  I know it’s been a complex matter for them but I’m hugely grateful for their support on this.”

England last won in South africa in 2000, and have a 23 percent win record against the Springboks in South Africa. Eddie Jones is more than aware of the challenge they face.

“Our tour to South Africa will be the most exciting challenge for us as a group since 2016. We have an opportunity to create some history next month and win the Test series, something no England side has done before. There are a number of players out injured or not selected so it provides a big opportunity for others.

“We will need to be physically aggressive and tactically smart against the Springboks who we know will be combative and reinvigorated by their new coaching setup.”