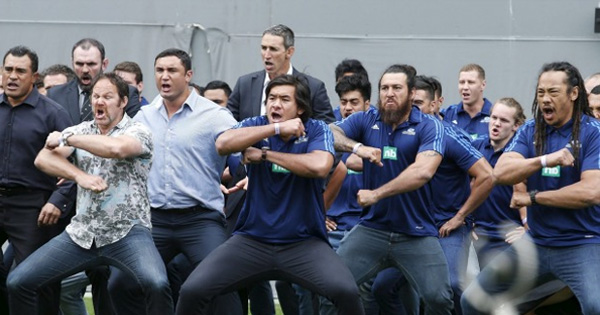 Thousands attended a memorial for Jonah Lomu in Auckland, with stars past and present paying tribute to the great man with a rousing Haka, led by All Black legend, Buck Shelford. Tana Umaga, Jeff Wilson, and other All Black greats, as well as current members of the Auckland Blues squad, took part in the Ka Mate Haka to say farewell to the legendary winger.

Eden Park hosted the final public memorial for Lomu, who unexpectedly died 12 days ago at the age of 40. The New Zealand great had been suffering with a kidney disorder for the last twenty years, and was awaiting a second transplant following the first one being rejected in 2011.

“It is frightening to consider what he could have achieved on the field if he had not played his entire career with a massive medical handbrake,” said former All Blacks coach John Hart, who said that because of Lomu’s illness, it meant that he played all of his career at only 80% capacity.

“He overcame tremendous hurdles throughout his life but never, ever complained. He was a fighter until the very end.”

Lomu’s casket was carried by former team mates, including Michael Jones, Frank Bunce and Jerome Kaino, while rugby league star Manu Vatuvei was also given the honour of being one of the pallbearers. Joeli Vidiri, who himself has the same nephrotic syndrome kidney disorder, was also on hand to help.

Lomu’s two sons Brayley, 6, and Dhyreille, 5 were there with his wife, Nadene. Lomu will be buried after a private family burial service on Tuesday. May he Rest in Peace.

Below is an extended look at the ceremony, first with a Wesley College Haka from past pupils, then the Ka Mate led by All Blacks past and present, and then finally the current Wesley College boys in the stands, paying their respects to the great Lomu. You can view a shorter version on page two.

Jonah Lomu’s former teammates performed this incredible haka as the legend in number 11 was farewelled from Eden Park for the final time. Rest in peace Jonah.See more: http://www.nzherald.co.nz/sport/news/article.cfm?c_id=4&objectid=11553525&ref=NZH_FBpage