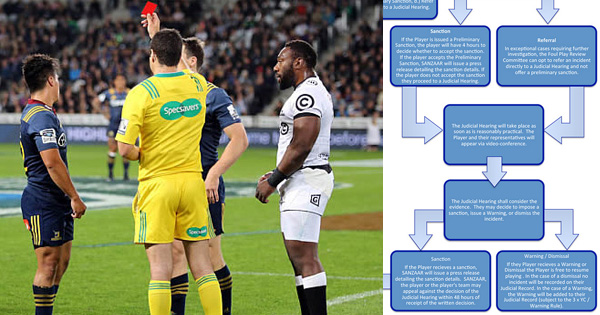 SANZAAR has today confirmed a new and updated judicial process that will be implemented for Super Rugby 2017. Rugby’s governing body, World Rugby, has endorsed the process and SANZAAR believes it represents an enhancement to an important part of the tournament that will provide improved consistency and efficient decision-making.

The changes to the SANZAAR Judicial Rules for 2017 include:

NOTE: The Tournament will also be played under World Rugby’s 2017 Law Trials and the head contact law revisions

Central to the amendments in 2017 is the formation of the Foul Play Review Committee.

The committee will be comprised of a consistent panel of three members who in the first instance will review all incidents of red cards, Citing Commissioner referrals and misconduct, and make a determination based on the information before them.

The committee will meet at a fixed time to be determined at the conclusion of each round and the infringing player will have the ability to accept the decision of the committee or have the right to be heard at a formal judicial hearing within the following 24 hours.

In the determination of an incident and the handing down of any sanctions, the committee will now have the ability to include any regular season Super Rugby byes as part of a meaningful sanction.

This is a significant change and will ensure all sanctions issued during Super Rugby are treated consistently across all teams.

Commenting on the new judicial process SANZAAR CEO Andy Marinos said, “The new process is the result of the identification of certain challenges within the application of an effective and consistent judicial process.

“SANZAAR believes Super Rugby has unique challenges across six territories and 15 time zones and the enhanced Super Rugby judicial process will deliver a more streamlined and effective system for teams and a more consistent outcome for players and fans to identify with.” 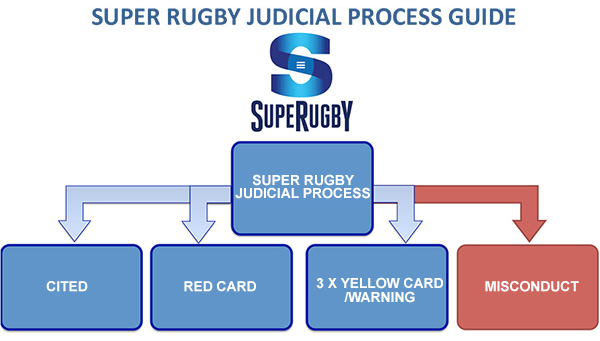