Fans give tributes to 'one of the best ever', under appreciated Heinrich Brüssow 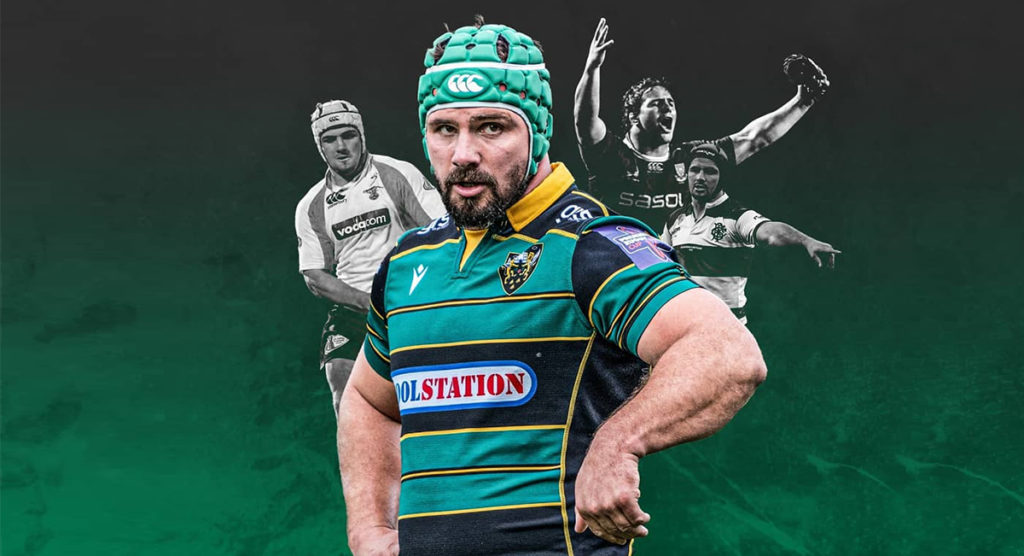 After Northampton Saints flanker Heinrich Brüssow announced his retirement, fans have looked back on a career that could have been so much more.

The loose forward only managed 21 appearances for the Saints since joining in January 2018 as a result of injuries, and that has been the ultimate cause of his retirement at the age of 33.

It has been ten years since the diminutive flanker caught the rugby world’s attention with his performance against the British and Irish Lions for the Free State Cheetahs. Such was his display, that he was called up to the Springboks squad again for the Test series, having made his debut against England in 2008, and played a pivotal role in the victory over Sir Ian McGeehan’s side.

Despite suffering an ACL injury in 2010, Brüssow was a star of the Springboks between 2009 and 2011, famed for his presence at the breakdown. While the likes of David Pocock and Richie McCaw have been the names associated with their devastating prowess at the breakdown over the past decade, Brüssow was a match for either of them.

However, a long string of injuries and changes in personnel in the Springboks’ coaching setup meant that Brüssow only managed 23 international caps, and he was never a central player in the team after 2011.

He made his final Test appearance in 2015, and subsequently played domestic rugby in South Africa and Japan until he moved to England. But some fans on social media were even surprised that he was still playing, as injuries have deprived him of being the player that he promised to be in 2009.

There are still many fans that understand what a player Brüssow was, and have paid tribute to his career on social media, believing he should have won many more caps than he did. A few fans even feel that the law changes at the breakdown, forcing the tackler to release the ball carrier before competing for the ball, were actually implemented to nullify the dominance of the former openside. That is a signal of how much of a force he was at the highest level of the game.

Was a victim of Heyneke Meyers’ obsession with behemoth loose forwards ….

Should be a 100 cap veteran by now. A bit like Brent Russell should have been too. Obsession with size it seems….

Not sure how many caps he had , but it never seemed like enough . He was top class

He was the best in the world at one stage, we could all see that… except for the guy that picked the side. Very sad indeed that he didn't play more games for the Boks. He'll always be one of my heros

I rate him as one of the best, He single-handedly defeated the British and Irish Lions on their tour to SA in 2009. The number of turnovers won or penalty points created was immense.

Heinrich Brussow was so good at what he did, they changed the laws of the game to ensure the tackler made a 'clear release'.

It is my story and I am sticking to it.

While Brüssow’s 5”11’ stature made him so prolific when it came to turnovers, as he was so hard to dislodge off the ball, some feel it was also the cause for his exclusion from the Test side, particularly during Heyneke Meyer’s tenure.

South African coaches in the past have always favoured bigger forwards, and ultimately players like Brüssow have been overlooked despite their skill. The same was seen with Schalk Brits, who has only in the past year been appreciated by Rassie Erasmus, despite being the age of 38.

Ultimately that is the South African way, and it brings them a lot of success, but many fans are looking back at what might have been for Brüssow.

The RFU gave Eddie Jones a vote of confidence last month and the England boss has now got rid of two of his assistants.

Fans give tributes to 'one of the best ever', under appreciated Heinrich Brüssow | RugbyDump - Rugby News & Videos