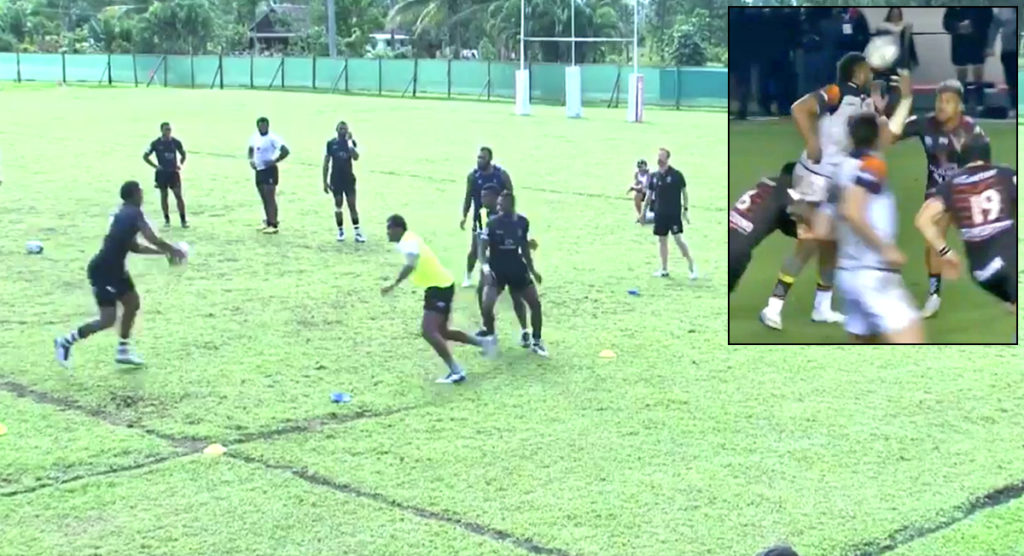 Edinburgh pulled off a sensational 28-17 come from behind win away from home as they beat Toulon at Stade Mayol, after trailing 12-8 at halftime. The moment of the match was a typically Fijian sublime offload by number eight Viliame ‘Bill’ Mata.

After a turnover from a spilled ball, Mata broke free before finding James Johnstone with a ridiculous pass, the likes of which would usually only be seen on the training ground. The Edinburgh centre did well to pull it in then scoot away for a brilliant try, extending their lead on the way to victory.

Social media blew up as fans and former players alike couldn’t quite believe what they had witnessed.

Bill Mata is a phenomenon. Have a feeling he’d be high on Mourad’s hitlist after that… not alone in playing brilliantly today though. Love watching Kinghorn, Graham et al in full flow!

Genuinely, I reckon I could play another 30 seasons and never throw and offload that audacious. Seriously. Ps not jealous though

Former Fiji 7s coach Ben Ryan chimed in with some footage and insight from training when they were on the way to winning Olympic Gold. He posted a video clip showing a drill he calls the ‘Rondo’, which encourages high levels of skill under varying degrees of pressure.

As you can see, large individuals are capable of practicing these type of 50/50 offloads under pressure, leading to it becoming something they are more accustomed to. Ryan wrote a bit more about it in detail and showed more examples on his website.

Aside from the drills, this is also the way Fijians are brought up, keeping the ball alive at all costs. It’s what makes them such a joy to watch.

Mata was named Man of the Match following the Edinburgh win, and will look to repeat the performance when they host Montpellier at Murrayfield next Friday. With Edinburgh top of the Pool, three points ahead, the winner of that will top the group.

UK only: Watch a longer version of the try below