FLASHBACK: Bakkies Botha's Test debut gave us a glimpse of what was to come 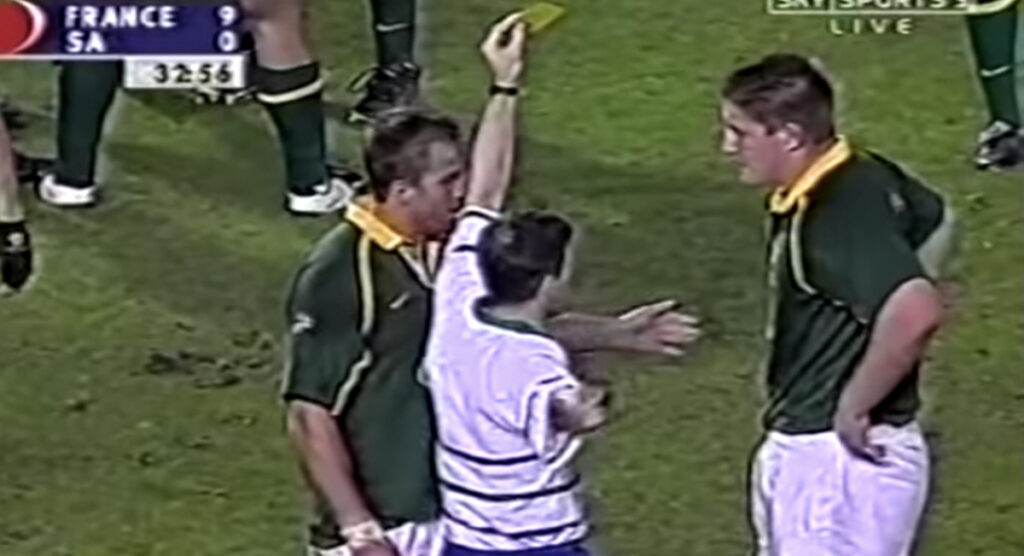 Legendary Springbok enforcer Bakkies Botha got his debut against the French on November 9, 2002, in Marseille. It went exactly the way you might expect as he quickly found himself pulled aside and scolded by the referee, before receiving a yellow card later on in the 30-10 French victory.

Botha is a larger-than-life figure. We posted a video of him just a few weeks ago justifying why many rugby fans think of him when thinking of an enforcer.

Of course, it helps when you are over six and a half feet tall and are afraid of absolutely nothing and no one. That said, he was undoubtedly a very skilled player, but this was a debut he would probably rather forget.

It’s not exactly clear what happened on the floor, but referee Alain Rolland was adamant that Botha deserved his time in the bin.

2002 seems like ages ago now, with South Africa having added two more World Cup titles since that time, including the one in 2007 that Botha himself was a big part of.

FLASHBACK: Bakkies Botha's Test debut gave us a glimpse of what was to come | RugbyDump - Rugby News & Videos