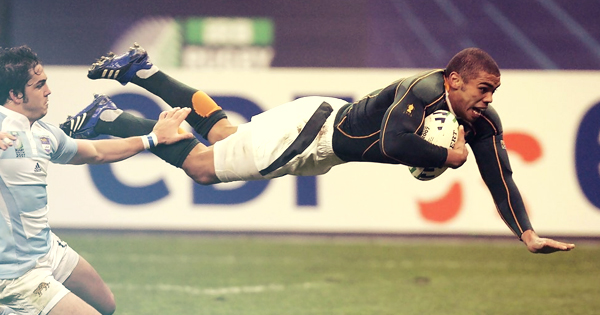 Today marks the 10 year anniversary of South Africa’s Rugby World Cup 2007 victory, when they beat England 15-6 in a tense final in Paris. Bryan Habana was one of the stars of the tournament, matching Jonah Lomu’s record for scoring eight tries in a Rugby World Cup.

This short video takes you through their journey, which featured wins over England, Samoa, Fiji, Tonga, the USA, Argentina and then England again in the final.

Supersport caught up with Jake White, the mastermind coach behind the win. His assistant’s at the time were none other than current England coach Eddie Jones, and current Springbok coach, Allister Coetzee.

They also caught up with Habana, who reflects on the special tournament and also tells 2007 teammate Butch James that he still might have a Test or two left in him.