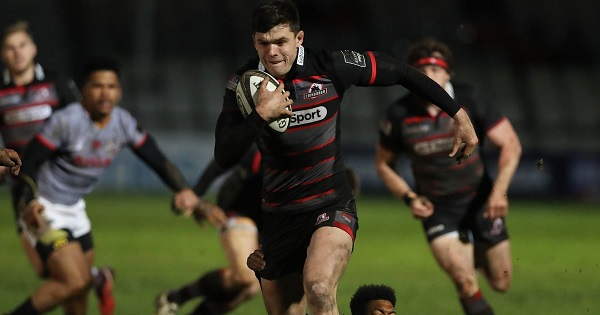 Gregor Townsend announced his 40-man Scotland squad to dispute this year’s 6 Nations championship yesterday in Edinburgh. While largely unchanged from a successful end-of-year Test series, four uncapped players have been called up.

Edinburgh trio Blair Kinghorn, Murray McCallum and Nathan Fowles are joined by Glasgow’s D’arcy Rae, all of whom are aiming to make their international debuts during the tournament which kicks off on February 3rd.

Scrum-half and fan favourite Greig Laidlaw has been recalled to the squad after being sidelined with an ankle injury sustained in Clermont Auvergne’s European Champions Cup victory over the Ospreys in October, while John Barclay retains the captaincy.

Townsend said: “With the announcement of this 40-man squad, we are now entering the key stages of our preparation for this year’s NatWest 6 Nations Championship.

“It’s a bigger squad than we originally planned – which is largely down to the competition for places – with a number of players having performed well in the Autumn Tests and a few others putting their hands up for selection in recent weeks.

“We welcome Blair Kinghorn into our group for the first time, who has been in excellent form with Edinburgh this season, and also three of our most experienced players in Richie Gray, Greig Laidlaw and Scott Lawson.

“We are looking forward to working with them and the rest of the squad to ensure that we build on the momentum the players generated in 2017.”

The squad is far less experienced than in recent years but Townsend can call upon the likes of captain Barclay (66 caps), Richie Gray (64 caps), Laidlaw (58 caps) and the fit-again talisman Stuart Hogg (55 caps) to provide leadership and direction.

Also returning to the squad are Worcester back-rower David Denton and veteran hooker Scott Lawson, but there are no places for Harlequins winger Tim Visser, despite promising form in the Premiership lately.

Scotland kick off their 6 Nations campaign against Wales at the Principality Stadium on February 3rd (Kick-off 14:15)