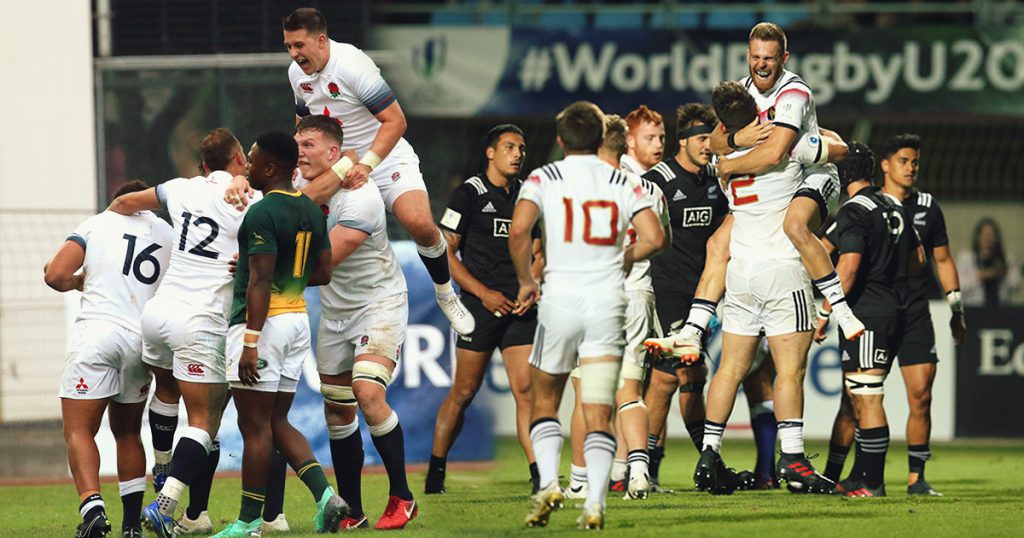 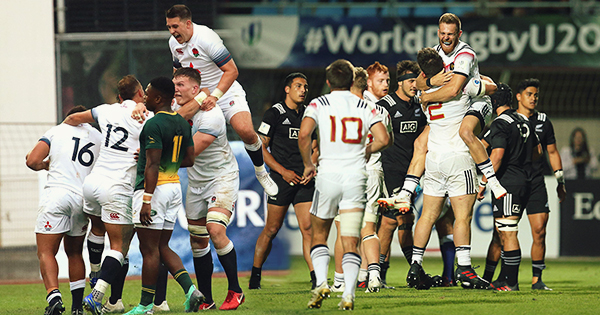 France and England will contest the World Rugby U20 Championship final after dramatic semi final victories over New Zealand and South Africa respectively last night. Hosts France will feature in their first ever final at U20 level, while England go into their sixth in a row.

France were cheered on by a sold-out Stade Aime Giral crowd as they ended New Zealand’s hopes of winning back-to-back titles with a 16-7 victory.

After a sublime display of attacking rugby in their final pool match against South Africa, the hosts had to turn to their muscle to overcome the Baby Blacks up front, setting up a showdown with England on Sunday.

In what was almost a repeat of the first Test in Johannesburg, South Africa’s juniors nearly snuck a win in a dramatic semi final with England in Narbonne, with the latter coming away 32-31 winners after a strong Baby Boks fight-back.

Six-time champions New Zealand will have to play the third place play-off against South Africa.

The day also featured ninth place semi finals between Argentina and Wales (39-15) and Australia and Italy (44-15). Scotland beat rivals Ireland (45-29) before Georgia snatched victory over Japan (24-22) to guarantee their place in the 2019 Championship.

The tournament concludes on Sunday with all six matches taking place in Béziers. First up, at 11:00 local time (GMT+2), will be the 11th place play-off between 2016 runners-up Ireland and Japan with the loser relegated to the World Rugby U20 Trophy 2019.

Scotland and Georgia then meet over ninth place, before Wales face Italy for seventh. Inside the Stade de la Méditerranée, Argentina and Australia will kick-off proceedings in the fifth place play-off at 14:00 before New Zealand and South Africa battle for bronze.

The final, between France and England, kicks off at 19:00 local time.

England U20 vs South Africa U20 Highlights

France U20 vs New Zealand U20 Highlights