France youngsters score potential Try of the Tournament at U20 Championships 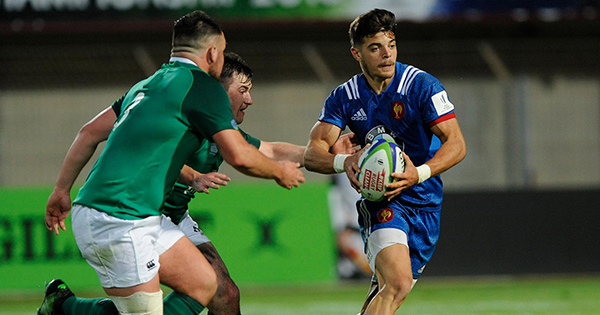 France scored one of the best tries of the season as they beat Ireland in this year’s U20 Championship on the opening day on Wednesday. Ireland came close late but the home side got their campaign off to a positive start.

Romain Ntamack dotted down his own grubber kick after the French dared to attack from deep early in the second half.

Fullback Clement Laporte and winger Lucas Tauzin entwined brilliantly together, before a lovely all out the back pass by Tauzin found Hassane Kolinger.

The ball was then recycled and Ntamack showed superb timing and judgement to drop the ball on his foot, ride the attempted block, and out-sprint the covering Irish defenders to dot the ball down.

It’s good to see a French side playing with flair, as shown in the highlights video below, and hopefully we’ll see some of these players graduating to the senior setup soon.

France went on to narrowly win 26-24, with Arthur Coville and Maxime Marty scoring the other tries for the home nation. Joe Dunleavy, Harry Byrne (brother of Ross), and Hugh O’Sullivan scored for Ireland.

A special mention to goes to French forward Jordan Joseph who has just signed for Racing from French minnows RC Massy Essonne. He’s only 17 years old but looked at home with the U20’s.

VIEW ALL HIGHLIGHTS FROM MATCHDAY 1

This could be the try of the year. Champagne rugby from @ffrugby at the #WorldRugbyU20s