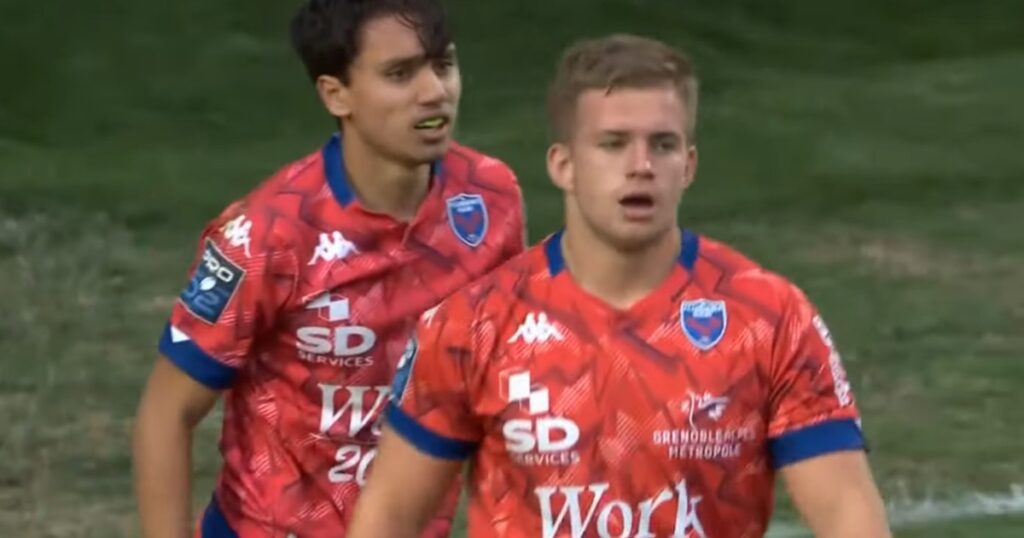 With attention rightly focused on the epic Bledisloe Cup clash last weekend, the French second division match between Perpignan and Grenoble maybe didn’t get quite the viewership it deserved.

Which is a shame because Grenoble winger Ange Capuozzo finished off a superb 95-metre team try in defeat, which proved that French Flair and “jouez, jouez” is still very much in vogue at the moment.

As far as consolation tries go, they follow one of two ways. An anti-climactic walk-in or push-over or a mesmeric length-of-the-field effort which leaves spectators wondering what the team could have managed had things gone their way for the 79 other minutes.

Last weekend’s consolation try was, you guessed it, the latter. And what a try it was.

With nothing to lose, Grenoble were not content with kicking the ball dead once the clock ran into the red. Instead, they decided to run it from their own line, with backs and forwards combining beautifully to put Capuozzo in the clear on the halfway line.

Seven passes in total and some lovely decision-making (drawing the defender where required and taking contact at the right time) ensured Grenoble got on the front foot and left Perpignan on the run.

Once Capuozzo got in the clear, it was a foot race that only the winger would win.

It was however in vain as Grenoble went down 26-18, missing out on the losing bonus point.

Grenoble haven’t had the best start to the ProD2 season, sitting 13th out of 16 teams, while Perpginan are second in the table behind Biarritz Olympique.