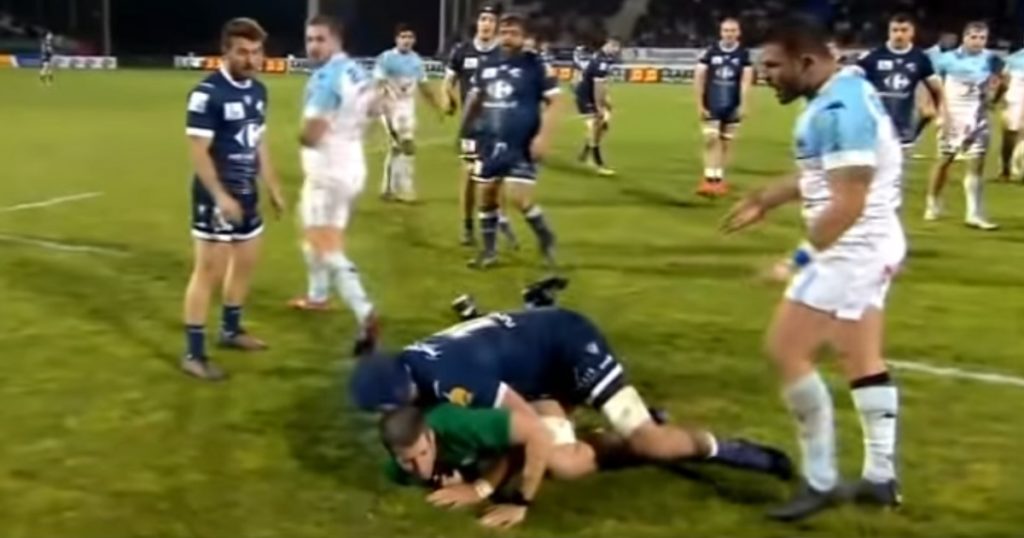 There’s something about players colliding with the the referee that usually makes most rugby fans allow themselves a chuckle or two, but Colomiers second-row Maxime Granouillet’s perfect tackle on referee François Bouzac versus Bayonne was perhaps a little too good to enjoy.

His side were up against it in the dying minutes of a match in which Bayonne were firmly in charge of, but there was a sense that maybe Granouillet could have been taking his anger out on exactly the wrong person.

As it was however, referee Bouzac gave Granouillet a simple warning when many might have awarded a penalty or even dished out a yellow card in similar circumstances.

Clermont’s Flip van der Merwe was banned for 4 weeks last year for pushing a referee out of the way.

In his defence, Granouillet was responding to a quick line-out taken by Bayonne replacement hooker Gregory Arganese. The intended target, Ugo Boniface, was very slightly hidden by Bouzac and in the heat of the moment, he seemed to just tackle whatever was in front of him.

Bouzac quipped to Granouillet afterwards: “Be careful, I think the green is a bit different than the white!”

It’s not the first time a referee has taken a tumble, and no doubt won’t be the last. Here are just a few other occasions the man in the middle has hit the turf during a match.