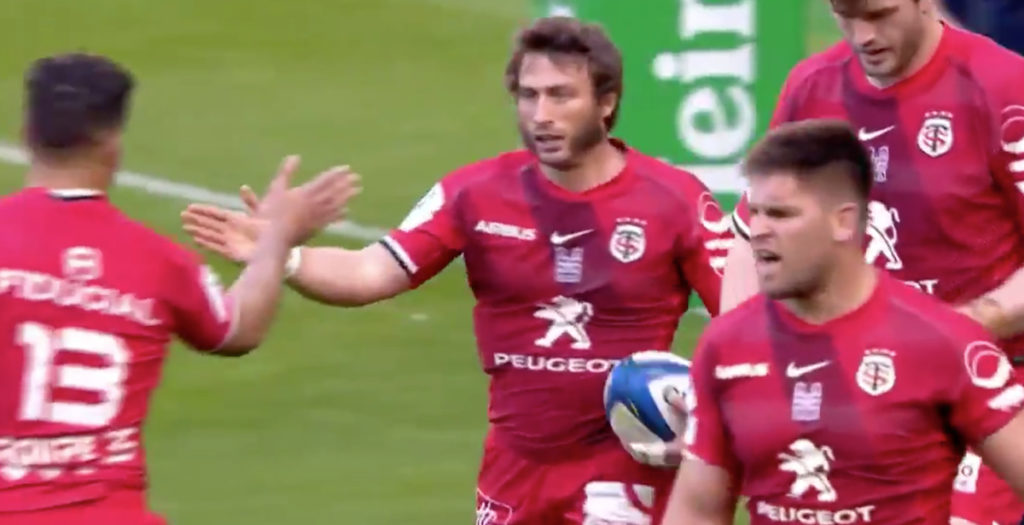 French full back Maxime Médard scored what he thought was a lovely individual try against Leinster in the Champions Cup before a TMO decision ruled it out.

The French international gathered his own kick over the Leinster try line but it was disallowed on the notion that both Médard and Leinster’s Garry Ringrose grounded the ball simultaneously.

Médard looked convinced he had scored the try but the defensive effort of Ringrose proved more than valuable to his side.

Leinster won the game 30-12 at the Aviva Stadium in Dublin but if this try had counted as the clock approached 60 minutes, Toulouse would have been just eight points behind the Irish province with 20 minutes to go.

Leinster will now play Saracens in the Champions Cup final on 11 May at St James’ Park, Newcastle as they look to earn their fifth European title.