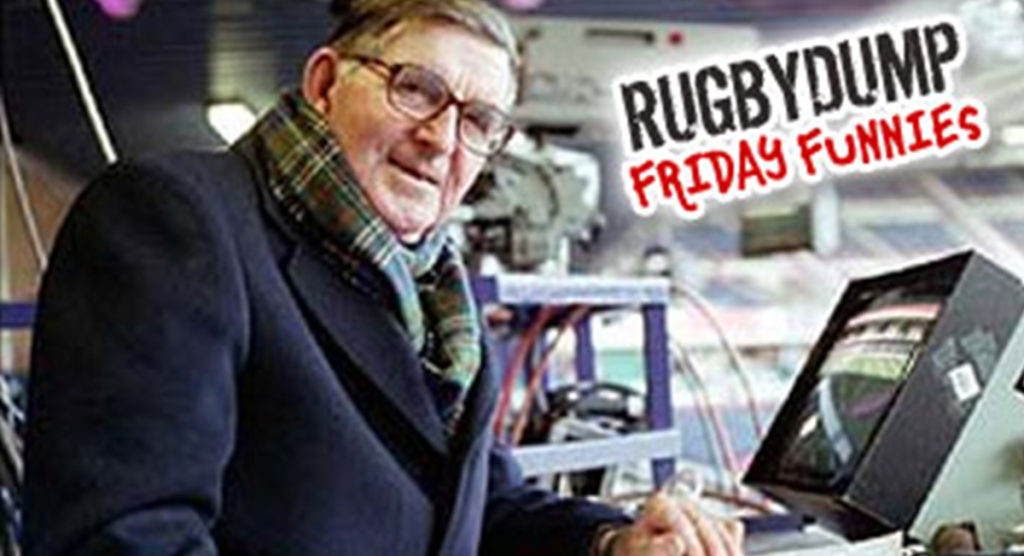 Legendary commentator Bill Mclaren will forever be known and remembered as the voice of rugby. After 50 years of commentating, the man from Hawick in Scotland sadly retired in 2002.

A passionate man, his love of sport led him into the world of rugby commentating. From a young age he was an ardent Scottish supporter, envisioning famous victories of the future.

“I’ve still got the fictional reports I used to write when I was a wee boy of seven or eight. Scotland always won. They beat the world once by 70-3.”

He played to a respectable level and made it to Scotland trials in 1947, but fell ill with tuberculosis which nearly killed him, forcing him to give up his beloved game.

McLaren maintains, “I would trade in everything I’ve achieved in rugby for a Scotland jersey and a chance to represent my country.”

Mclaren got through the illness and soldiered on to become a symbol of this great sport, with one of the most distinctive and recognisable voices in the game.

His biggest asset in contributing to rugby was in the way he personalized it and added his own touch of colour. Not every commentator, in rugby or otherwise, can claim they made the event more memorable, but McLaren certainly did.

Weve thrown together a collection of some of the colourful moments from Mclarens career that we hope youll enjoy. Its a small tribute to a great man who had a way with words like no other.